On The View June 11 2013, actress Denise Richards will be telling us all about a new TV series she is in on ABC Family’s Twisted and LeAnn Rimes will be performing for us. 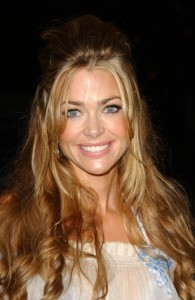 Denise Richards hasn’t exactly had the most illustrious acting career in the world, what with being awarded a Razzie for Worst Supporting Actress in 1999’s The World Is Not Enough and not exactly having the greatest resume of roles under her belt. Despite this, however, the actress has managed to stick around for quite some time, having seen her first movie role in 1993’s Loaded Weapon 1 before seeing quite a few intermittent TV roles. Hopefully for Denise, her role in Twisted sticks.

Twisted has a premise that I have never really seen before, and I have to say I am quite intrigued. It tells the story of Danny Desai, who returns to his hometown five years after killing his aunt at age 11. As if putting up with judgemental peers weren’t enough to deal with, he soon becomes a suspect in the murder of a school student soon after he arrives. While setting out to clear his name, Danny must also protect the secret of the reasons behind why he killed his aunt.

30-year-old country-pop star LeAnn Rimes has been around for quite awhile, rising to stardom when she was only 13 after appearing doing a cover of Bill Mack’s song, “Blue,” in 1996, which became a hit. Since then, LeAnn Rimes has gone on to release 11 studio albums, the most recent of which is Spitfire, which released just last week in the US. It’s safe to say she will probably be performing a song off of there.