The View is all new on Friday, March 15 2013. Join Guy Day Friday guest co-host Bill Engvall and whichever ladies are still standing for a show with guests including Andy Dick, Bobby Knight, and the year’s best diets.

The View: Andy Dick Dancing With The Stars 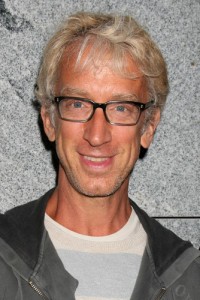 The View March 15 2013 will speak to Andy Dick from Dancing With The Stars and Coach Bobby Knight on his new book. (Helga Esteb / Shutterstock.com)

I’m guessing it’s not an accident that the unpredictable Andy Dick is making his appearance on a Friday episode of The View. This way, it’s pre-taped, so he can’t do anything too scandalous that they won’t be able to edit out.

As for Dancing With The Stars, he seems like he should at least have the energy to keep up with the competition. We will see what Andy Dick thinks of his dance partner and his competitors on The View March 15 2013.

Infamous basketball coach Bobby Knight is known for his gruff demeanor and for getting results. He will be on the show to talk about his latest book, The Power of Negative Thinking. It should be an interesting interview, though I would rather see Andy Dick and Bobby Knight attempt to interview each other.

Instead, we will have to make do with Bill Engvall attempting to interview both of them, which might still be pretty hilarious. Tune in Friday, March 15 to see for yourself.

Nutrition expert Keri Glassman is also on the show, sharing a look at the 2013 best diets she recommends for people looking to get in shape for the summer or for life. What time of year are you most likely to try a diet? I know there is the post-holiday cliche every January, but when else are you inspired to get fit?

If you miss anything from the show, check back here to find out about the details from The View March 15 2013, after it airs.