The teen pop sensation MKTO, composed of Gigantic stars Malcolm Kelley and Tony Oller, came by The View to perform their song “Classic.” This song really reminded me of my middle school days when boy bands were everywhere. 98 Degrees, N’Sync, and Backstreet Boys ruled the charts. This song sounds like it belongs on the radio in 1998. 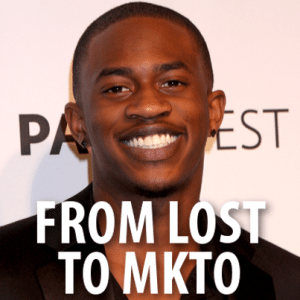 Apparently the kids today are loving it though, even if some of the lyrical references might be lost on tweens. For instance, the chorus is: “I want to feel you like Michael. I want to kiss you like Prince. Let’s get it on like Marvin Gaye, like Hathaway.” Of course, the Hathaway comment is lost on me. Maybe I’m too young, too. Or too old? I don’t really know.

But I wonder how Malcolm Kelley felt about being on stage for most of the song, even though he really only has the one part. Maybe these guys should learn some instruments. Especially since Malcolm Kelley had great rap lines like “I never met a girl like you until we met.” So, you know, these guys will never be poet laureates, but it is a catchy pop song and you’ll probably hear it on the radio a lot this summer.

The View: How MKTO Got Together

Malcolm Kelley played Walt on Lost, but when they asked him about it, he didn’t seem excited to talk about it. Maybe he was just as disappointed as the rest of us were that they never explained what Walt’s deal was. I mean, he magically appeared to people, he sometimes knew the future, and the Others thought he was more trouble than he was worth after spending a lot of time and effort to kidnap him. That was a character worth coming back to.

MKTO will be on tour this summer.