Rickie Lee Jones is one of the greatest women in rock and that isn’t just my opinion. She was ranked 30th on VH1’s list of the 100 greatest women of rock. 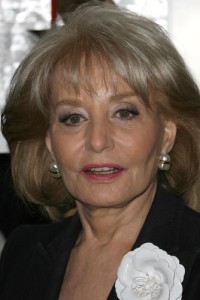 But even with the most success coming from her first album, Jones has still recorded 14 records throughout her career and is still going. She told The View she is going on tour next year and doing songs strictly from her album Pirates, one that many people claim to be the best album of her career. Even Whoopi Goldberg said it was one of her favorite albums of all time.

Rickie Lee Jones is going to be teaming up with Ben Harper, the two-time Grammy award-winning singer, songwriter and multi-instrumentalist, on her next album. Harper, who credits seeing a Bob Marley concert when he was only nine-years-old as a defining moment in his music career, has teamed up with Rickie Lee Jones to contribute music to and produce her newest album The Devil You Know. Harper also has his own new album coming out in January 2013 which is titled Get Up!

The two performers had a stellar performance of the classic Rolling Stones song “Play With Fire.” Jones sang with her signature whispers while Harper played the slide guitar.