Big Boi is best known for being the other half of the hip hop group OutKast. Big Boi met Andre 3000 while they were still in high school and decided it was destined to be. They went on to record six albums under the name OutKast before both Andre 3000 and Big Boi decided they were going to part ways.

But for OutKast fans, basically everyone I mean, there may be some good news. After his performance on The View, Big Boi said there may be an OutKast reunion sometime in the future. He simply said he was waiting on his partner to see if it could ever happen. 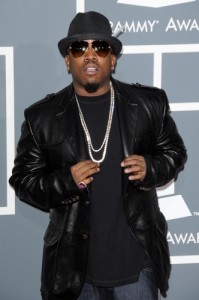 I, for one, hope they can make another album together. What about you?

Kelly Rowland has been making waves in the hip-hop community ever since she was one third of the supergroup Destiny’s Child. She has also been making a name for herself as a solo artist, selling over four million records worldwide. She has also sold 18 million singles for songs she was featured on.

Although she has been doing well with her solo work, The View wanted to know if there could someday be a Destiny’s Child reunion. Rowland didn’t seem very convincing but she said it could happen.

The View got to watch as Big Boi and Kelly Rowland performed “Mama Told Me,” the single off Big Boi’s new album Vicious Lies and Dangerous Rumors.

It was a pretty good performance although Big Boi had some funky looking clothing on. Rowland on the other hand looked stunning in a tight black dress.

You can check out the performance below.