Guy Day Friday guest co-host Dierks Bentley brought his dog Jake to the show. Jake fit right in, because this was the day of The View’s fifth annual Mutt Show. “He’s been on tour buses and pickup trucks his whole life,” Dierks said.

Jake even got a seat on the plane, after going through the TSA line at the airport. He is a Spitz mix, but Dierks does not know what other breeds might be in his bloodline. 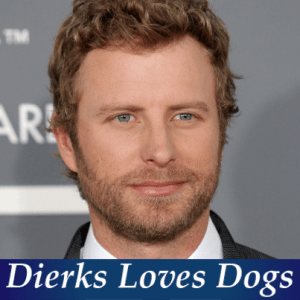 Country star Dierks Bentley brought his dog Jake along to guest co-host and perform the new song “I Hold On,” from his upcoming album Riser, on The View. (DFree / Shutterstock.com)

A recent fire in Prescott, Arizona, killed 19 firefighters in the line of duty. To honor their memory, Dierks Bentley and other musicians organized a benefit concert, raising over $500,000 in the process.

The View: Dierks Bentley Performs “I Hold On”

Dierks Bentley is about to drop a new album called Riser, and he made sure to perform his newest hit, “I Hold On.” It’s so new that it’s not even available for download yet! There are many holes and gaps in my country music knowledge, but I did think the mention of a pickup truck in the first line was a tad cliched.

That said, Dierks is very easy on the eyes, and the music mix created an impressive harmony. The American flag background also seemed like overkill until the lyrics got to a line about “stripes in the flag.”

The key to success is knowing your audience, and that’s something Dierks Bentley does not seem to have any trouble with. You can also see him on the “CMA Music Festival: Country’s Night To Rock,” airing August 12 on ABC.

His eighth album, Riser, is expected to be released later in 2013, and in the meantime hopefully he can spend some more quality time with his precious dog Jake. Keep an eye out for him in every one of Bentley’s music videos.

When Jake once ran away during a thunderstorm, Dierks Bentley was able to use social media to track his dog down and reunite with him in Nashville.

From Broadway’s Annie, the show’s star, the dog who plays Sandy, and award-winning trainer Bill Berloni.

Sunny is the dog’s real name, and she was adopted just hours before being euthanized. Berloni has been training dogs for productions of Annie since 1976, and Sunny is the 26th dog trained for the role.

All the dogs used in productions of Annie have been rescued.

Berloni recommended Pedigree food and products, which he said was developed by scientists and nutritionists. The dog food company has raised $9 million for homeless animals, he added.