Home > The View > The View News
When you buy through our links, we may earn an affiliate commission. As an Amazon Associate we earn from qualifying purchases. Learn more.

The View’s Hot Topics of the day already included feuds involving the stars of American Idol and Two and a Half Men. The talk turned next to Lindsay Lohan’s Liz & Dick TV movie, which got savage reviews, and the Willow Smith shaved head controversy.

Whoopi Goldberg reported that her supposed comeback was “unintentionally hilarious” and was compared to a Saturday Night Live sketch. Joy Behar added that Lindsay wants to do a sitcom, which could never be funnier than the movie. Watch the ladies’ conversation. 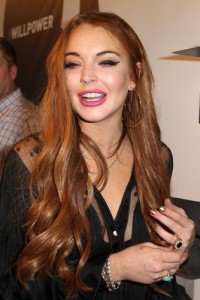 Barbara Walters was supposed to interview Lindsay Lohan and actually visited the set of the movie. She claims that Lindsay’s performance was good on the set, saying that it might have been hard to capture Elizabeth Taylor’s essence.

Barbara praised the work of Lohan’s co-star, Grant Bauer, and said the hype surrounding the movie made it almost impossible to succeed. Sherri Shepherd said that when the material is good, the hype doesn’t matter. She was hoping that Lindsay’s work would counterbalance all the negative attention she has been getting recently.

Whoopi admitted that she was in “a ton of bad movies, a ton of them. Some were my fault. Some were in the editing.” Barbara said that this was a make or break moment for Lindsay.

Elisabeth said she had no frame of reference to compare the performance to the real Elizabeth Taylor, and Joy wondered when in the star’s life the movie was supposed to take place. Barbara hopes that Lindsay will rebound and even give Barbara an interview.

Some are criticizing Jada Pinkett Smith for allowing her daughter, Willow Smith, to shave her head and dye it. But Jada responded that she wants her daughter to know that her body and mind are always her own, and allows her to make her own decisions.

Sherri Shepherd added Jada’s comments that she doesn’t want to set a bad example or pattern that might lead her child into a controlling romantic relationship as an adult. Barbara Walters called Jada’s message subtly pro-choice.

Barbara said that girls around age 14 become unfamiliar until about age 30. Then she said her own teen daughter used to dress like a “ho,” which she felt reflected poorly on her. The panel turned on Barbara and her own scandalous reputation in the memoir Audition.

Whoopi said that she has seen this in her own coming of age, as well as raising a daughter and seeing a grandchild in the world. She said that kids are smart and learn how to get attention at school and at home.

“I think it’s really important for little kids to have an idea that they have some say in how they look, even if you think it’s weird,” Whoopi said. But Barbara said that this is what leads schools to institute uniforms.