The question on everyone’s lips today: did Beyoncé lip sync the National Anthem? Reports are that she recorded the song and then lip synced along at the Presidential Inauguration. 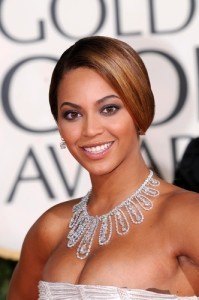 It’s very common for singers to avoid singing in cold weather and that recording studios keep boothes humid to help their vocal chords. Reports also say that Kelly Clarkson sang live at the Inauguration, so why did Beyoncé cop out?

There are a couple explanations. First, she is set to perform at the Super Bowl Halftime concert on February 3. It’s possible she was saving her voice. Second, there are many things that can go wrong during a performance like the one at the Inauguration. They did not want to risk technical difficulties. Beyoncé is not the first to lip sync the National Anthem. Whitney Houston’s famous performance was prerecorded and later became one of her biggest hits.

Pattie Mallette, mother of the musical sensation Justin Bieber, is executive producing a short film on abortion. The film takes an anti-abortion/pro-life stand and is upsetting the media.

Mallette was 17 when she had Justin and she wrote in her book that she was encouraged to have an abortion. Although she was very pressured to terminate she wrote that she knew she couldn’t. Justin stood behind his mother and supported her memoir.

The film, Crescendo, is trying to raise $10 million for pregnancy centers through screenings starting February 28.

The ladies became very passionate about the topic of abortion, feeling that women should have the right to decide. Whoopi said that 97% of women who abort do it because they have to for reasons such as economic troubles or health reasons. She said that the term “pro-life” is misleading. The ladies preferred to say “anti-abortion” because everyone is in favor of life over death.

The whole point of The View is so that these ladies can discuss their viewpoints of issues and topics. These ladies value their free speech, but they are bothered when companies and sponsors want to squash their voices. Whoopi said that she especially has encountered this problem when working in the media.