John Maldonado is a self-described “9 to 5 guy,” a janitor, who sings as a hobby. He posts videos of himself singing songs on YouTube and some of them have gone viral. He came on The View to perform Ben E. King’s “Stand By Me” on the show. He was dressed like a janitor and mopped while he was singing. His voice was absolutely incredible and what was even more incredible was his voice and stage presence. There probably isn’t a more gracious and humble singer in the country and certainly not one with his vocal chops. 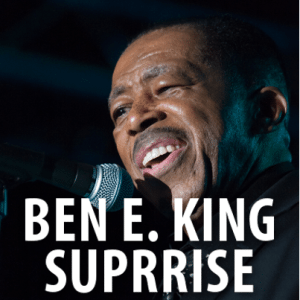 “I mop and sweep and I just sing in the hallways. I do what God gave me to do,” John Maldonado said. He also said that the tenants will come out of their apartments and tell him to sing it out.

Ben E. King, the legendary singer of “Stand By Me”, came by The View to surprise the Singing Janitor John Maldonado. Sherri asked John if he knew if Ben E. King had ever seen any of his videos and John said he had no idea.

When Ben E. King came out, John Maldonado was completely taken aback. There was a look of shock on his face. Then the two of them started performing “Stand By Me” together. It was a really great moment on The View.

Ben E. King said that John is fantastic and that he wishes him a brilliant future. “And when you get rich, invite me to your house,” he joked.

John shook Ben E. King’s hand and told him it was amazing to have him by his side and told him how much he appreciated him and his work. “I’m so honored to have you here, next to me, a lowly porter,” he said.

Check out the Singing Janitor’s performance of “Stand By Me” below: