Nick Cannon came by The View  to talk about his show America’s Got Talent. Because The View is live, they’re doing this thing where the stars pose for selfies. People at home take a picture of themselves with their TVs and the star’s selfie pose and then send them in. For his selfie, Nick Cannon did the duck face and then stuck out his tongue.

The View: Nick Cannon Sleeping With A Man On A First Date 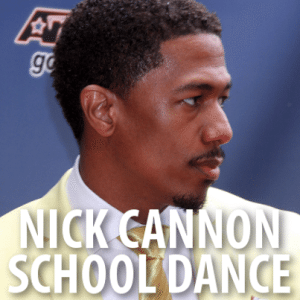 Nick Cannon came by The View to talk about the prank he pulled on the judges at America’s Got Talent and his directorial debut of a new movie called School Dance. (Helga Esteb / Shutterstock.com)

Since the ladies of The View were discussing whether sleeping with a man on the first date ruins the relationship and since Nick Cannon has been married to Mariah Carey for six years, they wondered if he had any thoughts.

He joked that Mariah didn’t sleep with him on the first date. He said it depends on the motive. Why are you sleeping with the man on the first date? If you’re just trying to get your rocks off, that’s one thing. But if you do it because you feel a real connection, then it doesn’t matter.

Nick Cannon and his wife Mariah Carey share their anniversary with the birthday of their twins, who are three. They celebrated both events recently at home. Nick Cannon said they decided to do something small this year instead of doing something epic. They made sure to make it more about their birthdays than their anniversary.

Nick Cannon, the host of America’s Got Talent, recently pulled a prank on the judges of the show. He dressed up like a mime and pretended to show off his talent on the show. When the judges Xed him, he went up to him and pretended to get up in their face. Howie Mandel, in particular, was so scared he ran and hide behind Mel B. “How you gonna hide behind a Spice Girl?” Nick Cannon said.

Nick Cannon is also making his directorial debut in a movie called School Dance. The scene they showed from the film looked really bad, but Nick Cannon swears comedians of great stature are in it, including two of my favorites, Kevin Hart and Kat Williams. Like, really? Nick Cannon said there’s lots of cameos. Maybe the movie is worth checking out after all. The movie is about a lock-in school dance and all the debauchery that happens.

Recently, Mariah Carey was spotted on the subway wearing a full length gown. What was up with that? Nick Cannon said that she was doing an event and decided to keep it real and take the subway, but he said he would’ve been scared if it were him.

Then they revealed the selfies, which featured the cat lady from Dakota Fanning’s selfies. Why did the cat lady strike again? Am I supposed to recognize her or her cat? We’ll have to tune in June 5, 2014 to see if she shows up again.