Matthew Morrison may be well known for his role on Glee, but he also has a pretty successful music career going for himself. He dropped out of school at age 19 to go play in Footloose on Broadway, and is now a Broadway veteran, so it looks like that was a wise decision.

The View: Where It All Began Review 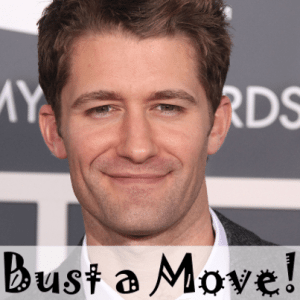 Where It All Began is a major departure from his eponymous debut, Matthew Morrison, in that it has moved away from the pop sounds of his debut and moved towards Broadway show tunes such as “It Don’t Mean A Thing If It Ain’t Got That Swing.” This is the album that Matthew wanted to make before his first one, consisting of a lot of music he grew up with. He teamed up with Maroon 5’s Adam Levine to make the album.

Another collaboration on the album came from Smokey Robinson, whom Matthew met at an Elton John AIDS Foundation event. Matthew told him about the project, and Smokey Robinson immediately offered to help out with the project in any way that he could.

Matthew Morrison can certainly sing, but he’s got plenty of dance moves as well. Though much of his dance would probably be right at home onstage with the show tunes on Where It All Began, Matthew Morrison actually got his start in dancing doing break dancing in his youth.

Going with the Broadway showtunes aesthetic that Where It All Began embraces, Matthew Morrison was backed by a small band of drums, brass instruments, and a piano while he performed “Come Rain Or Come Shine“. His posturing certainly mirrored that of his influences such as Frank Sinatra. I’d say that, if nothing else, Morrison certainly captured the look and feel that he was shooting for.