Kevin Hart’s comedy has taken him around the world and landed him at a place where only the upper-echelon of entertainers ever find themselves – Madison Square Garden, where her performed for the filming of his most recent documentary, Kevin Hart: Let Me Explain.

Not only does Kevin Hart have Let Me Explain coming out, he also just did a film with Robert De Niro and Sylvester Stallone called Grudge Match, which, as a fan of both of those actors, Kevin was very excited to be a part of. 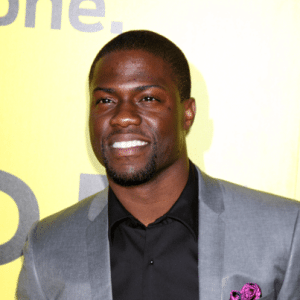 Kevin Hart said that doing Madison Square Garden was an incredible experience, especially when it landed him to the list of on five or so other comedians that have sold out the garden doing a show there. Not only did Kevin sell out his first show, when they made the decision to add a second one, that one sold out as well. Kevin said that, though he was at first nervous, the outcome was definitely worth the tension.

Performing at The Garden also made Kevin reflect on his career and realize how far he had come. “I started crying…in a tough way,” said Hart jokingly of the emotional ride that he went on when he realized the massive amount of success he had achieved.

The View: Kevin Hart Found Success By Opening Up

Kevin Hart said that most of his success came when he opened up and started sharing more of himself with people. When Kevin first got started, he said that he was more of a character than a human when he was onstage. Kevin was doing things that he thought people wanted him to do, which left his acts with very little substance.

When Kevin examined greats like Bill Cosby, Chris Rock, or Richard Pryor, you knew who that person was when you left one of their shows. When you are self-deprecating like Kevin Hart is, you become one of the people, a person that they can relate to, which makes them respect you more.

Kevin Hart is on Real Husbands Of Hollywood, a spoof of The Real Housewives reality TV shows, known for their pointless brawls between women. A clip they showed during the show depicted Hart and his friends smacking the ever-living daylights out of each other, and Kevin said the idea came from a video he saw on YouTube of college kids smacking each other and laughing about it.

Kevin joked that he would like to bring co-host Ne-Yo on the show and have a sing-off.