ABC Family’s new television series Twisted tells the story of the mother, played by Denise Richards, of a teenager who has just recently been released from prison after mysteriously killing her husband killing his aunt at age 11. Denise Richards said that the role appealed to her because each character was very developed and that it was hard to find roles with grown-up women characters that actually have something to do. The interesting plot also pulled her in and made her think it would be a fun role to play. 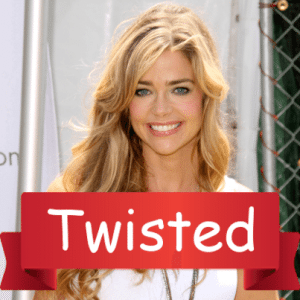 Denise Richards previewed her new show, Twisted, and shot down rumors about her weight. (s_bukley / Shutterstock.com)

Traditionally cast as the young, hot, babe, Denise Richards’ role as a mother in Twisted will be quite different from her other parts. How did the transition from babe to mother feel? Denise initially wasn’t sure that she would be able to do it, but she said that it has been a lot of fun. Her daughters have both come to the sets on several occasions.

The View: Denise Richards Too Thin?

Denise Richards has been criticized for being too thin, cut she said that she is not even dieting and eats pretty much whatever she wants, whenever she wants to. Denise said that it was pretty much as simply as her just having a small frame, and wondered why the media kept bringing it up.

Speaking of things that the media keeps bringing up, Denise was married to Charlie Sheen for four years and had two kids with each other. The two had a very good relationship and are still very close. She said that they are really great friends and that he is even quite good with the children they have. Denise had not heard the rumors that they were getting back together, and said that they make much better friends than spouses.