Home > The Talk > The Talk Recipes
When you buy through our links, we may earn an affiliate commission. As an Amazon Associate we earn from qualifying purchases. Learn more.

To celebrate the debut of NCIS: New Orleans, The Talk invited Chef John Besh to prepare some New Orleans-style meals, such as Shrimp Creole and Bourbon Pecan Pie.

Besh brought a “down home” menu that is great for entertaining and easy to prepare in advance, so you can spend more time with your guests. (Maybe you could snack on these dishes while watching NCIS: New Orleans, which airs Tuesday nights on CBS.)

Start things off with a Cajun crab meat appetizer. (For another idea, try stuffing some poached artichokes with a mixture of shrimp, crab meat, breadcrumbs, parmesan cheese, and your favorite seasonings.) 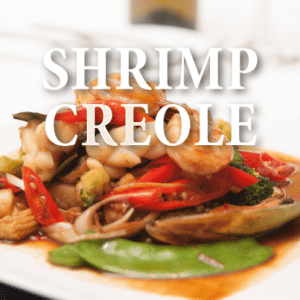 Onion, garlic, and celery form the trinity, and lemongrass adds some dimension to Shrimp Creole.