Recapo Update: Here is the segment from this episode:

The Talk has a brand new show on Wednesday, June 25. With a new season of Big Brother getting underway this week, the reality series is once again getting a special preview thanks to the ladies at The Talk. The shows share a few connections: Julie Chen hosts The Talk as well as long-running reality competition Big Brother, and The Talk co-host Sara Gilbert is a passionate fan of the reality show, which kicks off a 16th season this summer. 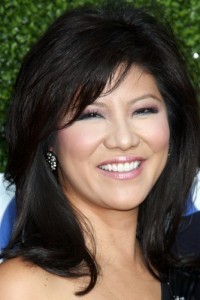 The Talk will be giving us a preview of Big Brother 16 on Wednesday, June 25. Jeff Schroeder will be weigh in, and the ladies compete in a mock game. (Helga Esteb / Shutterstock.com)

Big Brother is a reality series that follows strangers who live together in a house, playing all summer for the chance to win a $500,000 grand prize. It is a social experiment in addition to a competition game show, and each year, there are twists and turns that have Julie Chen reminding the players and the audience to “expect the unexpected.”

This summer’s twist, announced recently on The Talk, is that each week, two players will be named Head of Household and share control of the game. Each of them will nominate two others for eviction from the house and elimination from the game. But no one is safe, as I’m sure Julie will explain.

Big Brother premieres Wednesday, June 25 on CBS, and it airs three nights a week, on Wednesdays, Thursdays, and Sundays. In addition, fans can subscribe to live, 24/7 internet feeds to follow what’s happening in the house. The show has a huge online following, and this year, the prime time and internet broadcasts will be in high definition for the first time.

The ladies of The Talk, as they have done in years past, will go up against one another in a mock version of the game inside the Big Brother house on Wednesday’s edition of The Talk. They will also be joined by former contestant Jeff Schroeder, who is a part of the show online, where he interviews the contestants and provides insight into the game.

Find out what Jeff and the other hosts think about this year’s Big Brother twists when you watch The Talk on Wednesday, June 25.