The Talk: Kristen Johnston on Fame

The Talk guest Kristen Johnston wowed audiences in 3rd Rock From the Sun. Now, she’s helping three divorced men get their lives back together on The Exes. The Exes is in its third season and Johnston said she’s having a blast, minus the fame. She loves everything about being a famous actress, except the famous part, she said. 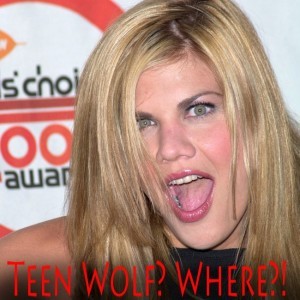 The Exes’ Kristen Johnston was candid about her addiction to painkillers and her new guest co-star, Teen Wolf’s Tyler Posey. (Featureflash / Shutterstock.com)

Growing up, Kristen Johnston said she was bullied. She was the tallest girl in her class and it was hard to fit in. Now, everyone wants her long legs and bouncy hair, not to mention her bubbly attitude. Johnston rarely looks like she’s down, always smiling and making a funny face.

Down the road, Johnston had people recognizing her as “The Alien” from 3rd Rock. She said it immediately brought her back to childhood. She was addicted to painkillers and dated a man she called “Mr. Morphine.” She’s now 6 1/2 years sober, but her years during 3rd Rock were clouded from alcohol and painkillers.

The Exes feels like a second chance for Johnston, she said on The Talk. 3rd Rock and The Exes film on the same lot, very close together. She said it was her chance to do a hit show and experience all of it without drugs and alcohol.

Making her job even better, Kristen Johnston gets Tyler Posey, Teen Wolf, as her little love interest of the season. Of course, it’s all legal, but Posey looks about 16 years old. She said that Posey reminds her of a young Joseph Gordon Levitt because he is so interested and polite.