Home > The Talk > The Talk Gossip
When you buy through our links, we may earn an affiliate commission. As an Amazon Associate we earn from qualifying purchases. Learn more. 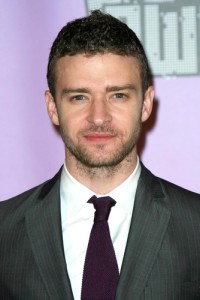 A comment too far? Justin Timberlake may or may not have called Britney Spears a bad name at a Super Bowl pre-party. (s_bukley / Shutterstock.com)

The Talk: Texting and Driving AT&T “It Can Wait” Movement

Julie Chen said that The Talk is committed to promoting AT&T’s “It Can Wait” movement, an initiative that promotes waiting to text until after you’re done driving. Drivers who text are 23 times more likely to get into a car accident, she said.

The movement invites drivers to make a lifelong commitment to never text and drive ever again. Everyone in the audience looked like they were signing and Julie Chen said that all of the hosts were signing.

Before playing the song Timberlake said, “Sometimes in life you think you’ve found the one. But then you find out that she’s just some b*tch.” Is this extreme? Did Justin Timberlake go too far? Julie Chen said that it wasn’t classy, because he’s had a successful life and marriage and Britney Spears has had a hard time since their breakup. Aisha Tyler said that she thought it was a more general comment about a situation someone might find themselves in and sort of explains the position of the guy in the song.

Sharon Osbourne said the word choice reminded her of a rapper and she said that he’s not a rapper. She said they all know who he really is: from the Mickey Mouse club. Sheryl Underwood said that if someone said that about her, she would assume he was talking about all the rest of his exes.