Home > The Talk > The Talk Co-Hosts
When you buy through our links, we may earn an affiliate commission. As an Amazon Associate we earn from qualifying purchases. Learn more.

The Talk: Inside the Big Brother House

The Talk hosts Julie Chen, Sara Gilbert, Sharon Osbourne, Aisha Tyler, and Sheryl Underwoodall moved into the Big Brother house for a chance to play the game themselves in honor of the 16th season premiere of Big Brother.

They showed the Big Brother house, and we saw that its theme is the elements, such as fire and earth.

The Talk: Search for Head of Household Key 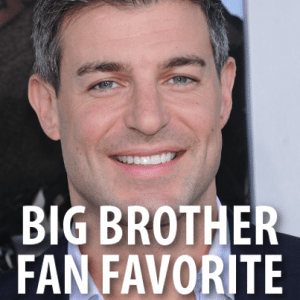 The co-hosts played a mock game of Big Brother before the premiere of season 16. (DFree / Shutterstock.com)

They looked up and down, and even in a vegetable platter, until Aisha found the key in a mini sand zen garden that was in the bathroom.

Sara immediately formed an alliance with Julie and Aisha, and said they were going after Sheryl who had never been evicted.

The co-hosts then found a red button that said “don’t open unless button is pushed” and Julie pushed it right away, thinking it could possibly give her a leg up on the competition. But instead, it said “whenever you hear music, everyone has to dance until the music stops.” The music began playing and everyone started dancing except Sara, who stood there tapping her foot, claiming she doesn’t dance.

Later on, Sheryl said that she, Sharon, and Aisha needed to form the S.H. coalition, because they all have S.H. in their name. Sheryl said Sara and Julie needed to be the targets because they’re the strongest players.

As head of household, Aisha had to nominate two people for eviction.

When it came time for the nomination ceremony, we learned that Sheryl and Shannon were nominated.

Aisha nominated Sheryl because she’d never been evicted, and Sharon because she’s “tough as nails” and knew she could it. Of course, neither of them were happy about it!

Next up veto competition. The co-hosts all got dressed up as meatballs, and met “Chef Jeff” out in the backyard. “Time to play ‘gettin’ sauced,” said Jeff in a very humorous fake Italian accent.

The game was hilarious to watch. Sheryl just couldn’t figure it out and Sara’s costume kept getting stuck until it about fell off. In the end, it was a dead heat between Julie and Aisha, but Aisha won. She then held the power to save Sheryl or Sharon.

The co-hosts then held their veto meeting on stage during the show. To try to bribe Aisha, Sharon combined Aisha’s love of Game of Thrones and video games, and made her a throne. Sheryl brought out three people she knew Aisha loved, Ryan Gosling, Ryan Reynolds, and Channing Tatum. They weren’t the real three men, but it was three men, shirtless, wearing masks.

Aisha said it was a really hard decision for her, but she chose to not use the power of veto. She said she wanted to be a woman of her word, so the nominees stayed intact.

Jeff Schroeder, a Big Brother fan favorite hosted the eviction meeting. Sharon and Sheryl were able to give their final reasons for why they should be kept around. Sharon offered to clean dressing rooms, but Sheryl did not.

The ladies used soundproof headphones as Sara and Julie walked over to the podium to cast their votes. They both voted to evict Sheryl. She dropped to the floor and threw a temper tantrum that had everyone cracking up. Season 16 of Big Brother airs Wednesdays, Thursdays, and Sundays on CBS.