On Steve Wilkos July 11 2013, it’s Throwback Thursday with a monster mom. This mother confessed to locking her son in a pitch dark closet and leaving him there, which she confessed to. Her justification? She was being lazy. In fact, the more you see, such as a crib ripped to shreds by the child as he was trying to make his escape after being left in there by his mother, the more your realize that this is much, much more than mere laziness. What will she have to say for herself? Here is what’s happening on Steve Wilkos July 11 2013. 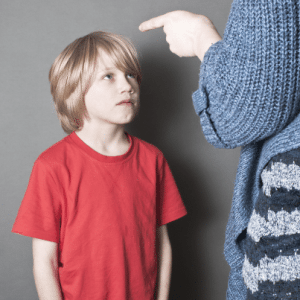 A monster mom locked her child in the closet for hours. What does she have to say for herself?

When I think of laziness, I think of me microwaving a chicken breast instead of putting it on the stove. I think of me wearing the same pair of underwear for a week to avoid doing laundry. Okay, so I don’t do that second one, but this monster mom has the totally wrong idea of what it is to be “lazy.”

“Lazy” is not locking your child in a dark closet for enxtended periods. That is what we call “psychotic” or “utterly freaking deranged.” According to the child’s father, he was so traumatized by the event that he hasn’t been able to talk.

Another thing that I wouldn’t classify as lazy would be leaving your child in his crib to starve, forcing him to rip it to shreds to escape. When it all comes down to it, the monster mom actually admits that she doesn’t even know how to be a mother. Much like when she called herself “lazy,” I would say that this ranks pretty high for understatement of the century.