Bree Boyce has lost 114 pounds and kept them off for three years. She joined Harley Pasternak to explain how she did this. Bree said she met with a nutritionist to get on the right track and educate herself. She cut out fast food, fried food, and processed food.

Diet is 90% of what counts when making a lifestyle change. Bree Boyce said that diet and exercise are connected, and if you’re not watching your eating habits, you may not see workout results.

Eating multiple small meals throughout the day can boost your metabolism. “You can’t undo a bad diet, no matter how much exercise you do,” Harley said. 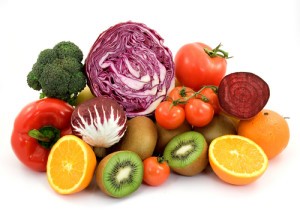 Harley said this is a lot of food but it’s low in calories, and starting the day with breakfast is more important than some people think.

Bree has a mid-morning snack, though her daily schedule varies. She has an apple and a Whey Protein shake.

She likes Tuna Salad and fresh vegetables for lunch. Raw vegetables are much better than those with cheese or oils added. Harley cautioned that Tuna contains mercury and you may want to limit it to twice a week.

Bree enjoys Greek Yogurt and a few Almonds in the afternoon. Harley said earlier that nuts aren’t a great protein source, but the fats they contain are healthy. He also recommends berries in your yogurt for fiber.

For dinner, Bree recommends a small salad as well as Salmon, Brown Rice, and Vegetables.

Bree showed off some of her favorite moves, explaining that she’s built up her endurance over time. She enjoys Cross Fit.

Burpee is a combination of jumps and push ups. Bend down and kick your legs out to the Push Up position. Go all the way down, do your Push Up, and then jump up on your feet.

Bree also likes the Heisman Jump, modeled after the sports icon, as well as Football Sprints, where you alternately run and sprint in place. You should shoot for 150 minutes of cardio each week as part of your exercise routine.