Robyn and Vinnie are preparing to move in together, but before they take that step, Robyn has some concerns about Vinnie’s financial habits.

Robyn is a saver, while Vinnie is more of a spender. The couple revealed their incomes, and Robyn makes about twice what Vinnie does.

Michelle suggested that Robyn work with Vinnie to help him create a budget he can stick to. 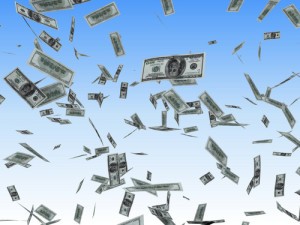 Couples can learn about each other's financial habits during a Financial Fast or other activities to understand financial attitudes.

Michelle was almost ready to share her verdict, but first she asked if Robyn is interested in marrying Vinnie in the future. Robyn said she hoped they would one day get married.

Michelle asked Vinnie if it is worth making some changes in pursuit of marrying Robyn. He said he’d be willing to change his habits and assumes that some of that change will come once they move in together.

The Revolution: Financial Advice For Couples

Michelle said getting to know the financial values of your mate is an important part of the dating game. She suggested that they share how their parents handled money, which can lead to clues about their own financial attitudes and habits.

Michelle said couples can write down and share three financial deal breakers with one another.

For Robyn and Vinnie, Michelle recommended a 21 Day Financial Fast, where the couple wouldn’t spend on anything other than necessities, and they would not be allowed to use credit cards.

During that time, she said the couple would have plenty of time to talk and learn about each other.

Michelle told Robyn and Vinnie that they should not move in together right now. They were shocked at this verdict.

Michelle said they’re not ready to combine their financial lives. They need to spend time setting financial goals, talking about past mistakes, and trying the financial fast.

She recommended that they reevaluate their plans in six months, after they’ve had time to look at each other’s flaws. It could be that their financial habits aren’t right for each other.

After six months, if they still can’t compromise, Michelle suggested they take a financial class for couples to dig deeper into their money matters.

Ty Pennington talked with the couple backstage. Robyn said she appreciated Michelle’s advice and it will give them a lot to talk about. Vinnie said, “As long as she doesn’t break up with me, it’s all good.”