The Doctors introduced Audrey, who lost 230 pounds, but instead of feeling great, she wishes she never lost the weight because of all her sagging skin. When she was 16-years-old, she lost her father and turned to food. About 15 years ago, she weighed 464 pound and while cleaning, her knees locked up, causing her to be stuck on the floor for hours until her husband finally came home. She underwent bypass surgery and started walking every day and eating differently until the weight fell off. She was thrilled at first, but now she experiences painful sagging skin that has ruined her self confidence. Audrey’s family so badly wants her to be happy and confident like she was before.

The Doctors sent Audrey to see Dr Gerald Minniti, a plastic surgeon, and Dr David Amron, a dermatological surgeon. They took a closer look at Audrey and explained that they thought there was something more going on, other than just having been overweight. They explained that Audrey also has a condition called lipedema, which is a fat-storage disease where she is storing fat disproportionately. It’s not life threatening but it can be progressive. 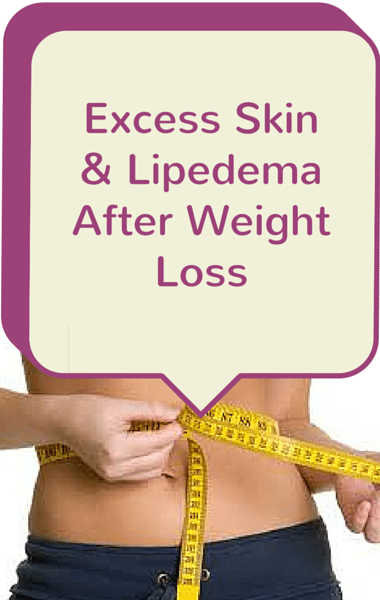 The Doctors surprised a woman who lost over 200 pounds, only to feel even worse because of painful, sagging skin. (tipstimesadmin / Flickr)

The Doctors welcomed Audrey to the show, and Audrey said she was so glad to get answers, because other doctors told her she just wasn’t working hard enough. Dr Amron and Dr Minniti joined the show as well, and Dr Amron explained that lipedema is a disease where the fat is overgrowing, causing inflammation, pain, and swelling. The only way to take care of it is to go in and remove the disease, which requires liposuction. The patients can do very little to help the disease and it affects 11% of women worldwide, but it won’t simply respond to weight loss or weight loss surgery, which is why the disease needs to be removed.

So how can you tell when someone simply has excess fat, or actually has lipedema? Dr Amron said lipedema has a particular look to it, and said it’s a clinical diagnosis because there is no blood test for it. It’s a set of symptoms like swelling and pain, but there’s a characteristic look, such as a “column-like” look of the legs from the buttocks all the way down, as well as a cuffing at the ankle where the fat has seemed to overgrow the area. It can be confused with lymphedema which is an entirely separate condition.

The Doctors: Surprise For Woman With Lipedema & Excess Skin

Dr Amron then turned to Audrey and explained that he’s a specialist in lipedema surgery and he’s developed a unique approach to removing the diseased fat with liposuction surgery. He offered his services to remove the fat from Audrey in a few procedures to help her look and feel so much better. He was going to perform the procedure for her completely free of charge. Dr Minniti made it clear that Audrey is not a failure, so he wanted to take care of the excess skin.

The Doctors also set Audrey up with sessions with a psychologist on the Doctor on Demand app to help her through the emotional side of her journey, free of charge.