A young man named Matt shared online that he lost 270 pounds in the last six years, and through tears showed the loose skin that he was left with. He explained that he was trying to not be ashamed of who he was, and had to accept how he looked until he could get the surgery he needed to have the excess skin removed. He shared the powerful video with the world and managed to get the surgery he needed. The Doctors were thrilled to welcome him to their stage to show off his inspiring transformation. 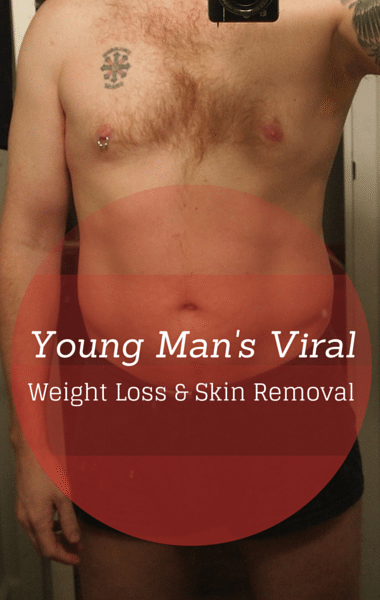 A young man named Matt managed to lose nearly 300 pounds, but was left with so much extra skin he hardly felt better. His transformation is one you have to see to believe. ([email protected] / Flickr)

When he was 16-years-old, his mom discovered a study and he became one of the youngest people to ever receive the lap band surgery. After the surgery, he felt proud of his own body for the first time. His life started changing and he was able to lose 270 pounds, but was left with a large amount of excess skin that has plagued him for four years. When Matt’s story went viral, he started receiving donations. When plastic surgeon Dr Matthew Schulman heard Matt’s story, he wanted to meet with Matt and agreed to perform his surgery.

The six hour surgery, a lower body lift, took away excess skin from the belly, thighs, and back. An incredible 45-50 pounds of skin were removed.

The Doctors: 45-50 Pounds Of Skin Removed

Dr Schulman showed the incredible amount of skin that was removed from Matt, saying that he practically cut him in half and sewed him back together! Dr Schulman was thrilled to join The Doctors to welcome Matt to the stage to reveal his transformation. Matt walked out in a slim-fitting suit, revealing a big smile and a red mohawk. The Doctors then shared remarkable before and after pictures, as Matt said the first couple weeks were rough, but now he feels like he can finally close the book on that part of his life. Dr Schulman explained that Matt’s case was the biggest he had ever taken on, because he’s 6’5″ and lost almost 300 pounds.

Matt is now paying it forward to help others, explaining that after taxes were taken out, his GoFundMe page raised about $51,000 for the procedure. Because of Dr Schulman’s kindness, he only had to pay a small portion of what it would normally cost for the surgery. He has since been donating a couple thousand dollars to people who also need skin removal surgery.