Monica was once a petite model with a 22-inch waist, but now she’s a mother of six and has nearly reached 300 pounds. As a teen she ran track and did some modeling, but about 15 years ago her first marriage fell apart and she began turning to food to cope. She became prediabetic and developed sleep apnea that requires her to wear a machine to help her breathe at night. She’s tried juicing, exercising, and other fixes, but claims nothing has worked for her. Monica realized that she has to make a change before her poor health takes her life.

Because Monica needed some inspiration, The Doctors surprised her with a visit from Noah Galloway, the war veteran who survived a roadside explosion that left him a double amputee. He participated in season 20 of Dancing with the Stars and has been spreading a message of living life without excuses, but could he convince Monica to do the same. Noah met Monica and shared with her that after he became an amputee, he suffered from severe depression. 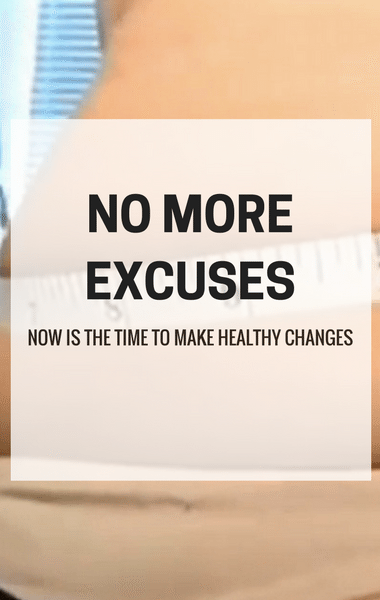 Monica used to be active with a 22-inch waist, but now that she’s close to 300 pounds, it’s time to get rid of the excuses and make healthier choices. (wen95 / Flickr)

Monica listed off a number of reasons for her weight, including not being able to afford healthy food and having tried everything  with no results.

He encouraged Monica to start making changes right away, to avoid a devastating situation in which she may not wake up and her kids have to be the ones to find her. They got started right there in Monica’s living room, as Monica and two of her daughters performed body weight squats, push-ups, and lunges. He then took a look at the items in her kitchen, proving that she has the ability to make healthy changes, she just had to make the decision to change. Monica then told Dr Travis Stork that she realized she had to do it for herself, her kids, and her grand-kids.

Noah explained that it’s all about working for what you really want. He lost two of his limbs, yet he’s now in better shape than he was before. He wanted his children to learn through him how to live healthy and make healthier choices. He told Monica “you have to want it and want it bad. If you want it bad enough, it can happen.”

Dr Melina Jampolis provided Monica with five virtual visits with a mental health professional via the Doctor on Demand app. Dr Jampolis was also going to take Monica and her daughters to the grocery, as well as the drive-thru, to show her how to make healthier choices as well as cook healthy and tasty meals at home that can help her get on track. Curves also gave Monica and her family two free years to get fit and healthy together.