The Doctors: A Look Inside A CrossFit Workout

CrossFit and intense are practically synonymous, and The Doctors had the opportunity to film a workout with actor Ian Ziering, to find out just how he participates in the popular fitness program. Ian’s trainer, Dan Well, explained that CrossFit is “functional movements performed at high intensity.” The goal is for your body to become as efficient as possible, no matter what your age.

Dan wrote down on the board that Ian’s workout for the day was 5, 2-minute rounds of 7 box jumps, 7 pull-ups, 7 push presses, 7 kettle bell swings, 1 rope climb, and 1-minute rest between rounds. Basically Ian had 2 minutes to perform all of those, rest for a minute, and then repeat four more times. 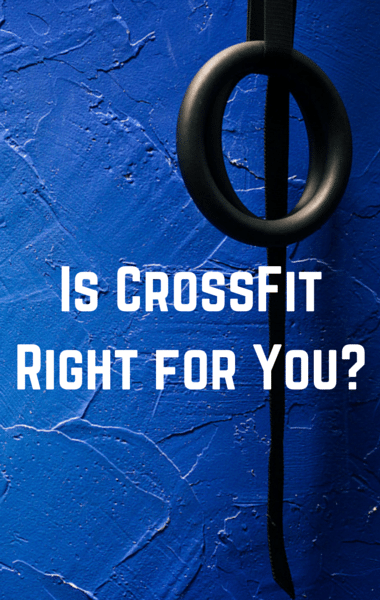 Ian Ziering and Dan Wells showed The Doctors what CrossFit is all about, to help you decide if the fitness program could be right for you. (leonterra / Flickr)

Dan then joined the show and explained that Ian was performing advanced movements. A beginner, for example, wouldn’t perform regular pull-ups, but would instead use rings, lean back at an incline, and then pull themselves forward, with the same idea. There’s truly a CrossFit regimen for everyone, because workouts can be custom-tailored to fit your needs. Dan is currently taking part in Strong, a show he described as “a fitness version of Dancing with the Stars.”

The Doctors then switched gears and reminded viewers of Drake, who was suffering from chronic throat infections and illnesses. Dr Brian Weeks offered to do a tonsillectomy for Drake for free. Drake was desperately hoping that his odd, uncomfortable symptoms would go away once his tonsils were removed. When Dr Weeks removed Drake’s tonsil, he cut it open and found a large cavity in which food and particles were getting trapped. Bacteria were producing a sulfur-like odor called actinomycosis, which is pretty typical in someone with chronic tonsillitis. Since then, Drake revealed that he’s never felt better in his life!

If you’re experiencing sore throat, fatigue, and stones or other debris coming from your tonsils, see an ear, nose, and throat doctor or your primary care doctor to see if a tonsillectomy could be right for you.