Zach introduced himself and explained that when he and his wife Amber met, they were healthy. But nine years ago, he took a desk job and began eating a lot more fast food. Around that time, Amber got pregnant and noticed Zach beginning to eat a lot more. By the time his son was born, Zach’s weight had doubled and he’d reached 300 pounds. Zach kept gaining more weight, eating an absurd amount of food in one sitting. At one point, there wasn’t a scale in his hospital that went over 400 pounds, so he had to walk be weighed on the trash chute. Zach tried over-the-counter diet pills but they didn’t work, and because his stomach was so large, it kept him from being able to play with his son. He had sleep apnea and Amber was so worried that she would wake up to find Zach dead.

Approximately two years ago, Zach had to go to the emergency room and weighed in at 460 pounds. Amber told her husband that she loved him too much to have to tell their son that his dad was no longer with them because he loved food more than he loved them. Zach knew he needed to make a change, so he did just that. 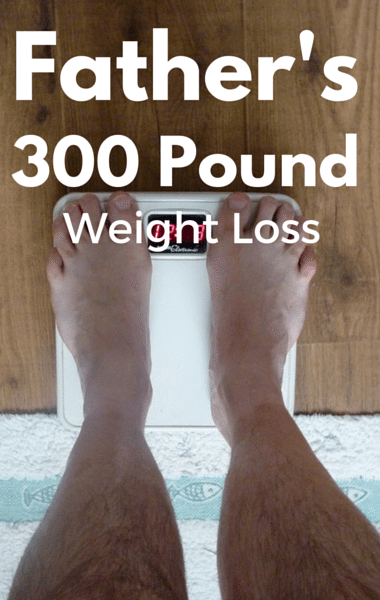 A husband and father shared his incredible weight loss journey with The Doctors, revealing his 300 pound transformation. (bearpark / Flickr)

With a lot of determination and dedicated, Zach was able to lose 300 pounds. He now says he looks and feels like a completely different man. He walked out to join The Doctors and was nearly unrecognizable! Dr Travis Stork then had Zach hold up his new clothes, revealing that his waist is now less than half what it used to be. The biggest change for him was when he got food poisoning, because he stopped eating fast food, stopped smoking, and stopped drinking soda. He lost 50 pounds before surgery, and then lost the rest after surgery. “I took my life back,” he said.

Amber, Zach’s wife, shared that she was so happy to have her husband back. Their son has even said that he likes “skinny daddy.” Zach then shared that he’s still walking around with 15-20 pounds worth of extra skin. He’s 160 pounds but has to hide the extra skin with compression garments. They live in Florida and he’s embarrassed when they go to the beach.

The Doctors shared a video message from Dr Thomas Trevisani, a board-certified plastic surgeon in Orlando. After hearing Zach’s story, he wanted to help possibly complete the transformation. If Zach is a good candidate, Dr Trevisani is going to remove all Zach’s excess skin for free. Also, they set Zach up with ten sessions of Doctor on Demand so he could get weight loss therapy to help with the emotional side of his journey.

The Doctors: Surprise For Husband After Losing Weight

Next, Zach explained that he couldn’t wear his wedding ring anymore because he got too large and his fingers swelled. Had to take the ring off because he hit his hand on something that left a permanent scar. Super Jewelers were giving Zach the wedding band he wanted, free of charge.

Zach is yet another example that anything is possible if you put in the work and stay dedicated.