PopSugar fitness expert Anna Renderer joined the show to share her tips for getting your body bikini ready! To look and feel your best in a bikini try PopSugar’s bikini bootcamp! Dr Jennifer Ashton, Dr Travis Stork, and Anna began with moves that would target the chest, arms, glutes, and cores.

First, lie down on your stomach with your hands placed underneath your shoulders and your knees bent to point your feet toward the ceiling. Extend one leg all the way out and do a full push-up, dropping all the way to the floor then back up. Switch legs in between each push-up.

To target your hamstrings, glutes, and shoulders, flip over into a sitting position. Place your hands behind you with your palms facing forward, leaning back slightly. Lift one leg off the ground and then press up into a plank, balancing on your other leg and your hands. Drop your hips and bend your elbows for ten reps, then switch legs. 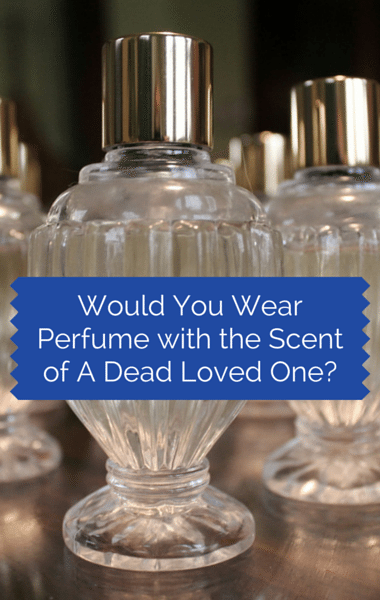 Would you create a perfume with the scent of a loved one who has passed away? The Doctors discussed the odd idea. (vetiver_aromatics / Flickr)

You can then target your legs with a plie squat. Stand with your legs spread wide, feet facing out, then drop into a squat position. You don’t have to drop down too low, but hold the position as you bend at the waist side to side to work your core.

On a different note, The Doctors looked at a new way to fight fires. It’s called the Elide Fire Ball and it’s a revolutionary fire extinguisher in the shape of a ball that detonates like a grenade. When thrown directly into a fire, the invention gives an audible warning before releasing fire-fighting chemicals. Clayton Holt, a Los Angeles firefighter, explained that it’s another great tool to have in the case of an emergency. He added that you could also strategically place the ball throughout your home so that it will activate while you’re there or not there. The one thing that everyone should know is that the Fire Ball basically extinguishes all the oxygen in the room, which is out it puts out the fire, which means if you’re still in the room, you suddenly wouldn’t be able to breathe.

The Doctors: Perfume With Scent Of Late Loved One?

Have you ever missed someone so much that you wish you could just smell them again? A company in France has created a perfume that captures the scent of a loved one who has passed away. The creator calls it olfactory comfort and came up with the idea after her father passed away and she wanted to keep his scent. She found a pillowcase with his scent on and teamed up with researchers to recreate the scent using science. Certain molecules were extracted from the fabric and turned into an alcohol-based perfume.

The Doctors wanted to put it to the test and had Dr Andrew Ordon smell one perfume that he described as sweet and feminine. The audience was then brought to tears in fits of laughter as Dr Stork told him it was the scent of a horse.

They then revealed the word of the day: food! You can use the word food on The Doctors’ website to enter for a chance to win a 6-month wellness program from The Fresh 20 worth $575.

For The Doctors’ News in 2:00, it was reported that EIF, in collaboration with the entertainment community, has just launched a powerful anti-smoking campaign. A YouTube star and film school were used to create three PSA’s that show the negative consequences of smoking. You can see all three films in their entirety on The Doctors’ website.

A Beautiful Planet provides a glimpse of Earth and a look into the future of humanity. Astronauts aboard the International Space Station captured mesmerizing footage of Earth from space to provide a better understanding of our planet and galaxy in a way that was never seen before. The IMAX film is narrated by Jennifer Lawrence, and provides a lesson the effects humanity has had on our planet over time. Lawrence argued that climate change is one of the most important conversations we can have.

Could white wine increase your risk of skin cancer? Studies conducted by Harvard Medical School revealed that certain types of liquor like white wine or white liquor, may increase your risk for basal cell carcinoma by 22%. It was an association, but not enough to be super alarmed. The thing to remember is to drink what you enjoy in moderation.