The Doctors looked at stories making headlines and shared updates on some favorite viral videos. Click the links below for videos and more details.

Celebrity chef Paula Deen is under fire for endorsing a Diabetes Drug in addition to her Southern Style menu. See what The Doctors have to say about the Type 2 Diabetes epidemic in America. 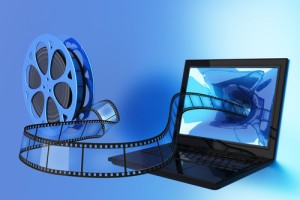 Updates on popular Internet viral videos and stories in the news from The Doctors.

Students in New York are coming down with unexplained neurological symptoms like tics. Could an environmental disaster have something to do with this medical mystery?

A student at the center of this mysterious medical condition joined The Doctors to get some insight into what could be causing the condition, and her prognosis for the future.

A woman delivered her own baby while riding down the highway, while her husband drove and videotaped the birth. Get an update on their story. Plus, a reality show contestant was hit in the face with a watermelon in a stunt gone wrong. Learn about concussion symptoms.

“David After Dentist” is an extremely popular viral video. Find out how David is doing four years later. Plus, how to deal with kids who are swearing without making the situation worse.

The Drs: David After Dentist Update & Dealing With Kids Swearing

Seniors who gained Internet notoriety joined The Doctors to talk about their active lifestyle and preventing Alzheimer’s Disease. Dr. Travis Stork shared his own embarrassing viral moment from the show and explained the health benefits of watching funny videos.