Do you know what’s really in your food? Today The Doctors revealed the surprising and often alarming answers about American food processing. Click these links and get the full story.

You won’t ever see Pink Slime listed on a fast food menu, but it’s a major ingredient in the hamburgers you may love. Learn how and why discarded meat is treated with ammonia, then sold to your family. Also, should there be a tax on sugar to fight Diabetes? 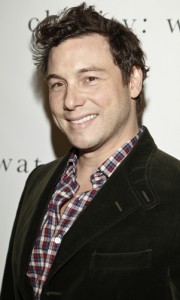 Major manufacturers admitted to The Doctors that they soak raw chicken in Chlorine to kill bacteria. The Doctors put this to the test and found out it may not be very effective. Also, learn why Chlorine Chickens are injected with salt, and what you can do to avoid these contaminants.

The Doctors: Chicken Chlorine Baths & How To Buy Healthy Chicken

Celebrity Chef Rocco DiSpirito has an alternative to the dyes, chemicals, and additives that you find in ice cream. Learn how you can make his 55 calorie dessert, and why you should think twice before picking up your favorite flavor at the grocery store.

The Doctors: Do Bread Additives Cause Asthma & Cancer

We know that bread contains carbs and calories. But could it also have cancer causing chemicals baked in? Learn about the additives banned in other countries that are part of bread recipes in the US.

The Doctors: Do Bread Additives Cause Cancer & Asthma

Today’s food show was not all bad news. The new Reader’s Digest diet found that you can eat seven tasty foods and lose weight. One participant lost more than one pound per day over the three week diet period.

Mom was right when she told you to eat your vegetables, and each of them brings different nutritional benefits to your table. Find out why it’s important to have a good mix of greens and veggies on your plate.