The Doctors sat down with a young girl who has been suffering from severe cystic acne since she was just 8-years-old. Her skin condition is so severe she was taken out of school, and The Doctors were hoping to get her the help she desperately needed. The Doctors also reported on an incredible $150 million insurance fraud case. 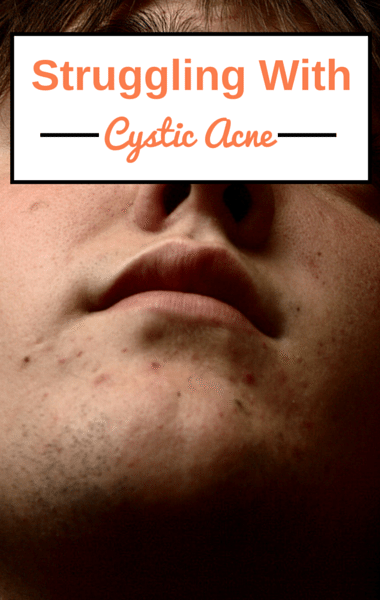 The Doctors spoke with a young woman who was suffering from cystic acne so severe, she had to be homeschooled. (fulbert05 / Flickr)

The Doctors kicked off their show with a few viral videos, including one of an adorable Golden Retriever puppy that can not only bathe himself, but dry himself off and tuck himself into bed too! They also shared videos of a cute baby dancing to Old McDonald and the video of what can happen if you decide to use at-home tattoo removal kits.

A young girl was desperate for help after her severe cystic acne took over her body and her life. It not only causes her emotional pain, but pretty bda physical pain as well. Was there a treatment out there that could work for her?

The Doctors shared news of a $150 million insurance fraud scheme involving around 15 people, and talked about why so many people are upset about the case. Then, if you spot moldy food in your fridge, do you know which items can be trimmed and which ones should automatically be thrown out? You may be surprised!

Drs: Natural Remedies For Nausea + Too Much Acetaminophen?

If you struggle with upset stomach and nausea, food can actually be the solution. Sounds a bit crazy but it’s true! The Doctors shared which foods you should eat in order to soothe your tummy. Plus, have you put yourself at risk for taking too much acetaminophen?

–> Drs: Natural Remedies For Nausea + Too Much Acetaminophen?