The Doctors September 27 2012 focused on various things in your daily life that could poison you, like alcohol and arsenic.

The Doctors: Arsenic in Rice and Arsenic Poisoning

Arsenic, which is naturally found in rice, has been a hot topic lately. Find out what you need to know and learn the new recommended amounts of rice you should eat each week. 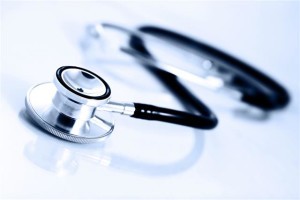 The Doctors September 27 2012 focused on various things in your daily life that could poison you, and for some college students, alcohol is one of them.

For three years, Donna’s husband Jim was poisoning her with arsenic, and she would have died had a nurse not overheard one of Jim’s phone calls. Learn what the arsenic poisoning symptoms are before it’s too late.

The Doctors: Do You Really Need That Antibiotic?

Antibiotic allergies are fairly common, and as a parent, it’s important to document exactly what happens during your child’s allergic reaction.

Make sure you really need an antibiotic before you take it, and don’t be afraid to ask. The majority of prescribed antibiotics in this country don’t need to be taken.

The Doctors: Pregnancy and Mercury

Many pregnant women know to avoid certain types of fish while pregnant because of mercury poisoning, but you can find mercury in many household items, like batteries and light bulbs.

College students experimenting with alcohol for the first time can put themselves in a dangerous situation. Learn the signs of alcohol poisoning and always take a person to the emergency room if you suspect they could be in trouble.

The Doctors: Dangerous Household Products That Might Surprise You

Parents know to keep dangerous cleaning chemicals away from kids. There are some household products that you’d never suspect could be harmful to you, like the carpet that you walk on and the bookshelf that you have your family pictures on. Find out what the safer alternatives are.

The Doctors: “Water Balz” Are a Choking Hazard for Kids

The Doctors’ new investigative reporter Melanie Woodrow looked into a instance of a little girl who choked on an expandable toy ball called “Water Balz.” The ball expands 400 times it’s original size when it gets wet, and started expanding in the girl’s body after she swallowed it.

“Sun poisoning” is not a medical term, because you really aren’t being poisoned from the sun.

When you have “sun poisoning,” you actually are experiencing a more severe sunburn. In addition to regular sunburn symptoms like redness and blistering, you develop more severe things like fever, chills, headaches, nausea and dizziness. These are all from overexposure to ultraviolet light and radiation.

If you’re experiencing this, be sure to drink plenty of fluids and try and anti-inflammatory medication. Certain medications like tetracyclines can also make you sensitive to the sun, and this is called polymorphous light eruption.

Some people are truly allergic to the sun, and this is called solar urticaria.