The September 19 2012 episode of The Doctors was all about reacting to emergency situations, and how you can prepare yourself.

After Allie was injured in the Aurora, Colorado movie theater shooting, her best friend Stephanie applied pressure to her neck wound and saved her life. Find out how Allie is doing now and what you can doto stop someone from bleeding to death.

The Doctors: What to Do if You’re Attacked 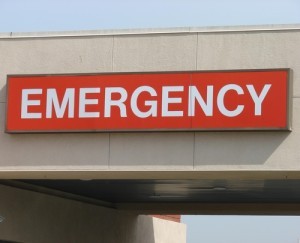 The Doctors September 19 2012 episode was all about how to react in an emergency and what you can do ahead of time to prepare.

The Doctors featured helpful tips that you can use incase of an attack. Keeping a pen in your purse and a whistle on your keychain could come in handy if you’re in a bad situation. There are also simulation programs that you can attend to better prepare yourself.

The Doctors: Boy Loses Arm After Attacked by Alligator

Seventeen-year-old Kaleb Langdale’s day at the lake went from great to gruesome when his arm was bitten off after an 11-foot gator attacked. Hear his story and find out what you can do to help yourself in a similar situation.

The Doctors: Tire Blowouts and The Doctors Lebanon

The Doctors sent a viewer to a defensive driving course to prepare her incase of a tire blowout or another auto situation. The team also had a visit from one of the hosts of The Doctors Lebanon.