The Doctors May 31 2013 episode saw actress Tia Mowry on stage with The Doctors as she got some much needed parenting advice. Then, they investigated the dangers of the Nap Nanny and they meet a man who had his vision restored after having cataracts surgery. 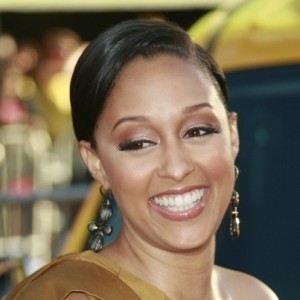 The Doctors May 31 2013 gave Tia Mowry some parenting advice, looked at the dangerous Nap Nanny and met a man who had his eyesight restored with surgery.
(Photo Credit: Joe Seer / Shutterstock.com)

Do you know what your teenager is doing right now? The Doctors look at the latest drug trend teenagers are trying and this one may be one of the most dangerous because they don’t even have to leave the house to get high. The Doctors explained the dangers of snorting nutmeg and went over ways to stop your teen from abusing the spice.

Do you know what a Nap Nanny is? Are you thinking about buying one? You might want to click the link below first. The Doctors have some disturbing news about product. They also looked at the dangers of water balls.

A young man lost his sight due to Wolfram Syndrome but with new technology, he was able to have his sight restored. He stopped by The Doctors to talk about the procedure. Click the link below to find out how his vision was restored.

Tia Mowry, most known for her role on Sister, Sister, stopped by The Doctors to get some parenting advice since she is becoming a new mom. She also used the time on the show to talk about her yoga DVD and her new book, Oh Baby!.