The Doctors December 19 2012 took a page from The Price Is Right and gave everyone in the studio audience a chance to win big in a variety of health-themed games and competitions. How well do you think you’d score on a test about your body, anti-aging, or a calorie count quiz from The Doctors team? Find out what happened when some viewers were put to the test. The great thing about watching from home is you get to learn from other people’s mistakes. 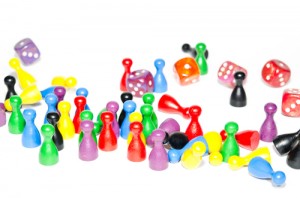 The Doctors December 19 2012 was all fun and games, with the Calorie Count Quiz, a diaper duel for new dads, and the sugar content of popular cocktails.

What does it mean when your muscles are burning after you hit the gym? Do you think this is a good sign or a bad sign? Find out the answer. Plus, you may be in for a surprise when The Doctors have the audience guess the calorie counts of favorite foods. Before you order lunch, you might want to see this.

The Doctors: Guess the Calorie Count and Burning Muscles

The Doctors: Where Is The Pancreas & New Dad Diaper Duel

If we showed you a map of the human body, would you be able to point to the pancreas? That was one of the many questions answered in the show today. For bonus points, what do you think the pancreas does? Make your guess and click the link to find out whether you were correct. Also, don’t miss what happened when two fathers-to-be faced off in a diaper duel to see who was best at changing a newborn.

The Doctors: Location of the Pancreas & New Dad Diaper Duel

Who do you think knows more about the body: an emergency room physician or a 12-year-old genius? That was the challenge explored on The Doctors, and one thing is for certain: Tanishq Abraham has a lot of potential already. I don’t even think I could beat him at Operation after seeing this face-off.

Which cocktail has the highest sugar content? The answer could change what you order at the bar next time. Plus, find out about the fruit that is banned in countries across the globe because it stinks so much! It’s too bad it cannot smell better, because it is really good for you.