The Doctors TV Show today was focused on answering the question of How to Reverse Your Biggest Body Problems.  One of the fabulous products shown on The Drs TV Show was the ElliptiGo, which is a Low Impact Elliptical Bike that really looks like the coolest innovation in bikes and workout equipment in a very long time. 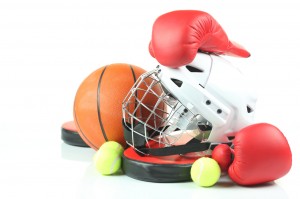 A woman named Sonja wrote to The Doctors because she is sick and tired of having knee pain that prevents her from exercising.  She has a goal to run a marathon in every state, but since going through knee surgery, she has had a tough time running.  Dr Travis Stork said that probably half of the people in his audience have had knee pain at some point in their life.  Most people think that when you have knee pain, the best thing is to keep off of it – but this is not true.  The fact is that you should engage in certain exercise activities (as long as your doctor is ok with that) such as walking, swimming, biking, and yoga which are all low impact on your joints.  But Sonja loves running, so they found the coolest product called the ElliptiGo which is a lot like running, but with a lot less impact on your joints.  If you have ever used an elliptical machine at the gym, the ElliptiGo looks like a bike mixed with an elliptical machine.  Bryce, a sales rep for ElliptiGo, said that the ElliptiGo is the first Outdoor Elliptical Bike.  And of course, do not forget to wear a helmet!

UPDATE: I have received a ton of interest from everyone in the ElliptiGo product, and so I will do my best to contact the company to see if we can get one to test out ourselves so that we can write a full review for you!  I will keep you posted!