The Doctors: Portable Device For Back Pain

In an all-new episode, The Doctors kicked off a brand new week by testing out several different products that claim to make your life easier and more enjoyable. If you struggle with back pain, there’s a device that claims to relieve discomfort in just 30 minutes. Three women put the product to the test, as Dr Travis Stork explained that the device sends electrical currents through the skin, stimulating the nerve that can cause pain. Theoretically, it could work, but what did the three women have to say? 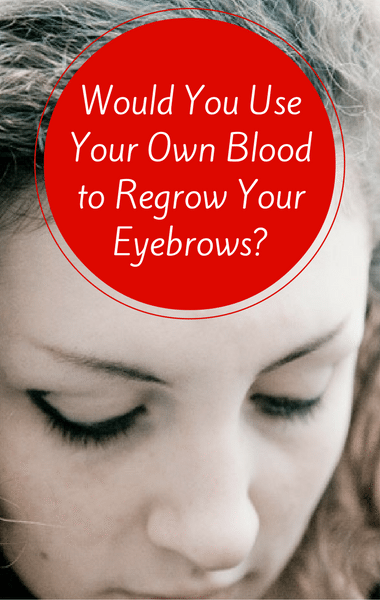 Would you allow a professional to inject your own blood into your eyebrows if it meant regrowing fuller brows? (juliannehide / Flickr)

Dr Jennifer Berman was testing out a different product: an infrared workout box called HotWorx that claims to soothe aching joints while lowering your heart rate in just 30 minutes. Dr Berman with two other participants, went through a workout with a virtual instructor. Dr Berman described the environment in the box as hot and dry, “like an intense sauna.”

If you like working out when it’s hot, it could be the product for you! Not to mention, it could be better to avoid pulled muscles and stiff joints. Dr Berman admitted she felt more flexible and was visibly sweating quite a bit! When they checked back in on Dr Berman, she admitted that she was unsure at first, but after 30 minutes she felt energized and was breathing a lot better!

Kelly, the co-owner of Planet Beach, acknowledged that there are a lot of factors that play into the HotWorx, including increased flexibility and detoxification. Rachael, a virtual instructor for HotWorx, likes that it’s just 30 minutes and that the benefits of a sauna are combined with those of yoga. More gyms are putting the boxes to good use, which means you could find one of the boxes at a gym near you!

Would you use a HotWorx box if it was available to you?

The Doctors: Cream VS Powder Sunscreen

The Doctors then wanted to find out if a brush-on powder sunscreen worked as well as traditional cream sunscreen. Two women tested out a traditional broad-spectrum SPF sunscreen, and then compared it to a brush on powder sunscreen. She used a special Visia camera to find out how well their skin was protected from UV rays. The camera revealed that the powder spectrum was almost the same as wearing no sunscreen at all.

According to this test, you should not only stick with cream sunscreen, but you also want to use a good amount of it. You would have to use as much as 14 times the typical amount of the powder to be protected from the sun! To get the desired SPF on the label, you actually want to apply an ounce worth to exposed areas.

Next, The Doctors wanted to put another product to the test, to find out if one product could really give you the results you desire when used in the shower. It reportedly works better than a loofah, and Dr Andrew Ordon took the camera with him in the shower as he put it to the test. The washcloth itself is actually somewhat rough, which means it could be too harsh on sensitive skin, but it is relatively thin. The Salux cloth was actually a win for The Doctors’ because it dries quickly and works to exfoliate as well as wash.

The Doctors: Using Your Own Blood For Fuller Eyebrows

To take care of your thinning eyebrows, would you consider using your own blood? Dr William Schweitzer was excited to use PRP injections in hopes of giving two women the fuller eyebrows they wanted. He first took some blood and then separated it with a centrifuge before injecting platelet-rich plasma back into their brows.

The Results revealed subtle but certainly noticeable differences if you looked closely. Most importantly, the two women were thrilled with the results, which speaks volumes!

The first set of injections tends to grow the hair within two months, but it’s unknown how long it will last, which is why a “booster” injection would be recommended after 9 months to keep things active. Dr Schweitzer explained that PRP can encourage hair follicles to start growing hair again, which is why it’s been used on the scalp as well. He stressed the importance of using high-quality platelets for the process, which is why you need to see a professional who knows what they’re doing. If it sounds too good to be true, it likely is! It costs about $900 per session, so it’s up to you to determine if it’s worth it!