The Doctors: Living in Chronic Pain After Car Accident

Six years ago, Beverly was backing out of her driveway when a car, going 60 MPH, blew through a stop sign and T-boned her driver’s side. She was taken out of the back window because the driver’s door was stuck to her and the gear shift had gone inside her. The doctors told her that she would have to live with chronic pain for the rest of her life. 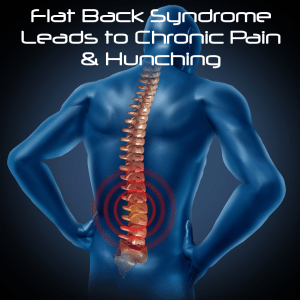 The Doctors met a woman that was suffering from chronic pain following a car accident and a bad back surgery. Find out how to correct flat back syndrome.

After years of sitting in a chair, she decided to have a risky back surgery. The surgery went horribly and she was stuck in worse pain than before. She was forced to use a cane, but then had to use a walker to get around.

She was so bent that she could only look at the ground and looked like a much older woman. After the pain, she became an invalid. She began planning her funeral with her sister and pastor and planned to kill herself with a bunch of narcotics she had saved.

The Doctors: Flat Back Syndrome

Beverly was suffering from flat back syndrome. It forced her to be bent at a 45 degree angle. The S-curve of the spine was straightened, causing her to bend. Her doctor knew what was wrong, but the surgery to correct Flat Back is very risky and not many are willing to try it.

With Beverly in a place of desperation, she agreed to the surgery. Dr Hooman Melamed did the surgery. He said that it was a process of taking out a piece of her spine, allowing it to bend. Then, he had to make small breaks along the spine that gave her relief.

Flat Back used to be more common than it is today. Today, we understand more about spine surgery and Dr Melamed has a lot of referrals for this type of corrective surgery.

The Doctors: Correcting Flat Back Syndrome With Surgery

“It’s not the number of surgeries,” Dr Travis Stork said. “It’s about getting the right surgery for you at the right time.”

Beverly said that pain medication does not put you in control of your pain. In order to beat chronic pain, you must look for other alternatives, she said, and be an advocate for yourself.