The Doctors heard from a YouTube star named Jackie who shared that when she got an eye infection, she dripped some breast milk into her eye, and the infection cleared up the next day. The Doctors welcomed Jackie to their show. She explained that she knew it was natural and had been done before. When she first heard about the remedy, hundreds of moms were excitedly talking about it. 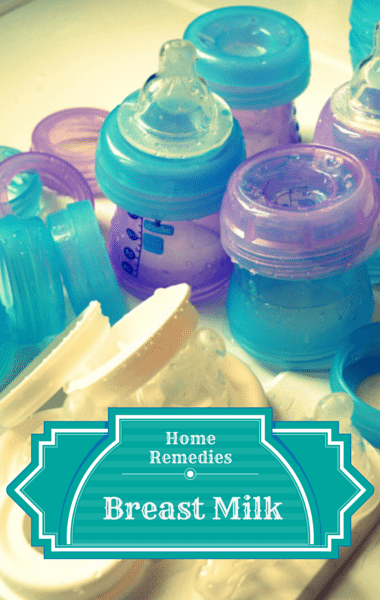 One woman shared how she used breast milk to clear up an eye infection on The Doctors. (vialbost / flickr)

Dr Jennifer Ashton said there are a lot of remedies that have been around for a while. When it comes to risk versus benefit, you have to remember that breast milk can contain viruses because it’s a bodily fluid, as well as fungi or bacteria if it’s not stored correctly. It’s okay to use breast milk, but you just need to be aware of what you’re doing.

What are some other strange uses or breast milk you’ve heard of?

The Drs: Suffering From Sleep Apnea

The Doctors then shared that up to 20% of American adults suffer from sleep apnea. For Chris, getting a good night’s rest was the “least of his worries.” Chris would be asleep within 10 minutes of coming home from his work in construction management. He said there have been times where he would go out and take a nap in his truck at lunch, because it’s incredibly important that he be alert while operating forklifts and other machinery. He is constantly tired and has even fallen asleep at the wheel and crashed his truck.

Chris has been dealing with sleep apnea for five years. He’s tried a CPAP machine as well as throat surgery and currently uses a dental device while he sleeps.

Chris saw Dr Brian Weeks, who talked about Inspire, which is a revolutionary treatment for sleep apnea that would actually sense Chris’ breathing at night, and would allow a stimulator to move his tongue out of the way of the airway. Chris underwent surgery to have the generator and sensor inserted.

Chris and Dr Weeks joined the show and Chris shared that he’s much better than he was just two weeks ago. The Doctors asked Chris’ wife Sara how he was doing and she said he’s much quieter when he sleeps. Dr Weeks said those who are overweight with a big neck could be candidates for the therapy. Chris represented an ideal person with a more normal body mass index. He said it’s all about the anatomy blocking the airway and moving that anatomy out of the way.

Dr Weeks said they’re really getting to the root of the problem. They’re stimulating a branch of the nerve that makes the tongue stick out. When someone breathes, their tongue is moved out of the way.

Do you know someone suffering from sleep apnea who could benefit from this procedure?