22-year-old Austin underwent a surgery to get his vision back recently. Austin has had a variety of health problems, going all the way back to when he was two years old. His parents learned then that he was deaf. When he was five, they learned he had Wolfram Syndrome, which is categorized by hearing loss, diabetes and optic atrophy. Austin also had cataracts.

Austin said he was bullied throughout his school years. One time, he went to pick up a soccer ball on the playground and a boy took his hearing aid off and threw it into the sand.

As Austin grew up, his vision got worse, until he was almost blind. 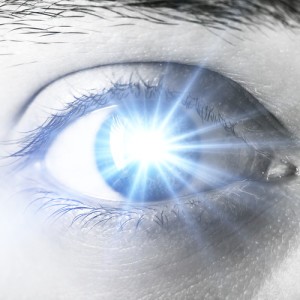 The Doctors talked with a young blind man with Wolfram Syndrome who regained his vision through crystal lens surgery.

Dr. Gregg Feinerman, Austni’s surgeon, explained that the surgery Austin undertook involved the crystal lens, a new lens that Dr. Feinerman used to replace the actual lens of Austin’s eye. Since Austin suffered from cataracts, which is a clouding of the inner lens of the eye underneath the blue or brown iris, Dr. Feinerman replaced that biological lens with the crystal lens. In this way, the functional parts of his eye worked with the lens to produce vision, letting him read and see far away.

Austin regained 20/20 vision for both faraway images and close images. His parents said that they were extremely proud. His father Eric said he thought it was incredible, because when the surgery was over, he asked his son what he saw and Austin was able to read the time on the clock on the wall. His father said that now, he wants to ask Austin to read everything.

Approximately 1500 deaths every year in the United States are caused by swallowing objects by accident. Children are usually the ones who swallow foreign objects, but not always.

There was a recent story around a woman who didn’t know she’d swallowed a toothpick. She went into the hospital with nausea, vomiting, low blood pressure and multiple organ failure. After several weeks of antibiotics, it turned out that the toothpick had punctured her liver and caused a pus-filled cavity, which caused a systemic, severe infection.

A big trouble with the toothpick was that while something like a coin will show up on an X-Ray, a toothpick won’t.

The Doctors: Children Who Swallow Objects

Dr. Jim Sears said the first thing pediatricians ask when a child swallows something, is whether it’s something toxic or something harmless. And where is it? Is it in the stomach or lodged in the esophagus?

The Doctors: Dangers of Leaving Teeth Under Child’s Pillow

There was another story of a patient who lost a tooth, put it under his pillow and years later had chronic upper respiratory type systems. The doctors did an X-Ray and it turned out that he’d had a tooth stuck in his ear for three years.