Have you ever woken up and felt “off”? We all have bad days now and then, but when should you be worried that it is something more? The Doctors shared a story of what happened to one woman. Find out how the EKOS Ultrasonic Catheter is saving lives that might otherwise be lost to Pulmonary Embolism. 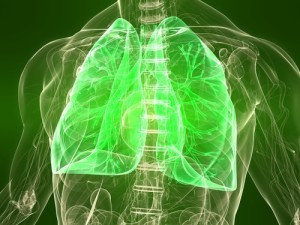 The Doctors showed how the EKOS Ultrasonic Catheter is changing the way doctors treat Pulmonary Embolism.

Lindy woke up with a pain in her side. The pain intensified and moved throughout her body as the day went on. It turned out that she was having a Pulmonary Embolism. She has no recollection of the next four days, but she woke up in the hospital. While she was out, she had multiple cardiac arrests.

She later learned that doctors used an EKOS System to break up her clot, which was a less invasive and faster acting procedure. More than 18 months later, Lindy couldn’t believe that she survived this near death experience.

Lindy was in the audience and was grateful to be alive after her crisis. Her physician, Tod Engelhardt, joined The Doctors to explain her case. He said that this is what happens with a clot travels to the Pulmonary Artery, sometimes causing instant death or conditions such as Pulmonary Hypertension.

There may be no symptoms or very subtle symptoms, which can happen suddenly. But a new treatment was critical in Lindy’s case. Dr Engelhardt explained that a needle was inserted into the groin area and threaded through the body to the Pulmonary Artery.

The EKOS Ultrasonic Catheter covers the wire and feeds a drug through the artery during the process, limiting the amount of the drug that is needed to dissolve a clot and using ultrasound technology to break up any clotting through the artery.

“This will allow the drug that dissolves the clot to act more quickly and more efficiently,” he said.

Dr Travis Stork said that he believed this type of technological advancement can save countless lives.