Blaire shared her story earlier in the season. She suffered from scoliosis and had a titanium rod put in her back to correct the curvature, but the rod fractured in three spots. She had been living with such unbelievable back pain for so long, she had a hard time believing it could even be fixed. Dr Hooman Melamed offered to perform a revision scoliosis correction. He had to place screws on each side of Blaire’s spine before placing a rod to correct her spine and relieve her of pain.

The Doctors: Pain-Free After Spine Surgery 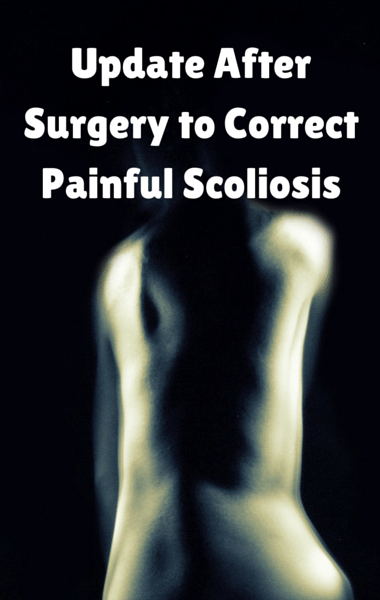 Blaire previously turned to The Doctors for help with her severe back pain, and the shared the results of the procedure that was meant to leave her pain-free. (_twiggy / Flickr)

When she joined The Doctors after her surgery, Blaire exclaimed that she was feeling “fabulous!” She was thrilled to share that no longer had any back pain, even just two months after the procedure. Dr Travis Stork explained that Dr Melamed actually had to break Blaire’s back five times in order to get her in correct alignment. Dr Melamed explained that he went in through the back and had to loosen the spine, in order to renew mobility. Dr Melamed further explained that after just one more month, Blaire will be restriction-free and can do just about anything, other than activities that would put her spine at extra risk, like horseback riding or golf.

Next, viewers learned about Danielle, who was so embarrassed by a health condition, that she kept it a secret for many years. She noticed a small lump “down there” about the size of a grape when she was 18-years-old. When she spoke with her doctor, he told her it was a cyst and her gynecologist told her not to worry about it. A few years ago, it began growing and it is now the size of a small lemon. It began interfering with intimacy, but her gynecologist still told her not to worry about it unless it became painful. Because of the bump, she’s had a hard time dating, and it’s now been three years since she’s seen a doctor.

Gynecologist Dr Peter Weiss took a look at Danielle and noticed that it was about the size of a baseball. He then told Danielle what she had was a Bartholin gland cyst. The Bartholin gland is responsible for secreting mucus and the one on the right is plugged, but not infected. Dr Jennifer Ashton explained that when the Bartholin gland becomes plugged, it causes a build-up of fluid, which can become excruciating, even leaving women unable to walk or sit. It’s actually fairly common, and at that point the doctor can do an incision and drainage.

There are a few option to allow the gland to drain, but if those don’t work, the gland can be removed, but doctors typically try to avoid that at all costs. Danielle was relieved that it wasn’t anything more serious. Dr Weiss offered to do the procedure for Danielle for free.