The Doctors: Emotional & Physical Transformation For Mom Of 6

Jennifer was on the show earlier in the year, revealing how her lack of self confidence after having six children, was ruining her life. Plastic surgeon Nick Sieveking in Nashville offered his services to Jennifer free of charge. Dr Nick said it was pretty clear that Jennifer needed three procedures: a tummy tuck, breast lift and breast implants, and then a fat transfer to give Jennifer more volume in her face. Dr Sieveking then joined the show to talk about Jennifer’s surgeries.

Nick discovered during Jennifer’s testing that she had chemical imbalances and elevated levels of certain neurotransmitters, and was prediabetic. She also had high levels of the stress hormone and a vitamin D deficiency. It showed that a lot of Jennifer’s negative emotions weren’t just because of her lack of self confidence, but because of medical reasons as well. The Doctors shared one more picture of what Jennifer looked like before, and then welcomed her out on stage to reveal her incredibly dramatic transformation. 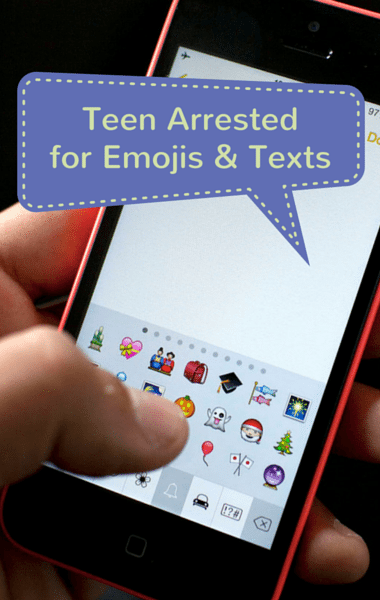 A 12-year-old was arrested after sending texts that included troubling emojis and words, but was there really a threat? (downloadsourcefr / Flickr)

Jennifer has changed her diet and lifestyle to help both physically and emotionally. She was thrilled to reveal just how great she felt.

Emojis are common for teens who love to text, but the seemingly innocent icons used in conversations became a serious matter after a 12-year-old girl was arrested. She used Emojis of a gun, a knife, and a bomb, in which she allegedly threatened her school. She also reportedly used language like “killing” and “meet me in the library Tuesday.”

Areva was a bit bothered by the idea of putting kids behind bars for the use of Emojis, but stressed the importance of understanding the context in which they’re used. Dr Stork explained that in this particular case, there wasn’t a lot of confusion as to why the girl was using the Emojis, although it certainly didn’t seem like there was real intent.

Allegedly, the girl was being bullied, but Areva argued that the better way to handle things would have been to search the girl’s locker or her home and determine whether she even had access to a weapon. They should have investigated first and sent the girl to a counselor if there was no real intent. Areva stressed the importance of understanding how kids speak among each other, to avoid overreacting because of miscommunication. She said the bullying is the real problem.