The Doctors gathered some of the top doctors to come together to tackle some of the most complex problems in medicine today. They called it the IV League and they started by talking about a man who was only 16 years old when his life changed in an instant, causing him to live in severe pain ever since.

He shared that he was driving with two of his friends when, out of nowhere, a drunk driver swerved and hit them head-on. His back was broken in five places and Dr. Kerry Assil, director of 90210 Surgery Medical Center, explained that since then, Tom has had 19 different surgical procedures on his back. Tom has been in excruciating pain for 30 years! He said there are days where he can’t even get out of bed. 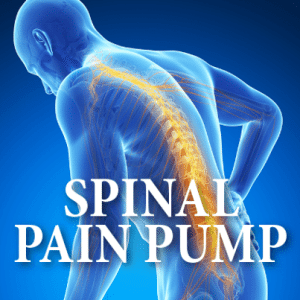 The Doctors talked to the three doctors of the IV League who performed a procedure that helped a man find relief from his back pain after 30 years. (Sebastian Kaulitzki / Shutterstock.com)

His wife admitted that she misses the man he married, and Tom said he wants to be able to be a husband and a provider, so he wants his life back. He said he’s sick and tired of taking pain pills because he doesn’t like the way they make him feel. Dr. Assil brought in the best doctors he could find to work on Tom’s case. He enlisted the help of Dr. Vahedifar, a pain specialist, and Dr. Bae, a spine surgeon.

The Doctors: Seeking Back Pain Relief

Dr. Bae explained that there was not much he could do to repair the spine, so at this point their main focus was pain management. Dr. Vahedifar said he wanted to do a targeted medication system directly to the spine and put a catheter into his back to pump medication in. The problem is that normally they would be able to access the spinal column in a natural space between the vertebrae, but after 19 surgeries, he basically has an inch and half of bone all the way down, with no space available.

Dr. Bae explained that he had to drill a hole right over the spinal cord and then allow Dr. Vahedifar to place a catheter in. Dr. Vahedifar will then run the catheter up the spinal column and put a pouch to put the reservoir in, tunnel the catheter underneath the skin, and then close everything up. Dr. Assil said to imagine having to drill through an inch and a half of bone, and then stop just shy of something as delicate as the spinal cord. He said they only have one shot so they simply can’t fail.

Desperate for some sort of relief, Tom turned to the IV league for help. The IV League was hoping that a pain pump, delivering high concentrations of pain medication directly to Tom’s back, would help him find relief. Tom’s mom, Paula, said she hopes her son can finally not be in pain after 30 years.

The Drs TV: Procedure To Relieve Chronic Back Pain

Dr. Travis Stork then sat down with all three doctors. Dr. Assil said the IV League is an example of what can happen when you bring together three doctors who have passion, compassion, and commitment under a single umbrella. Normally, when you put in a pain pump, you have to have access to bone, but Tom’s case was different. Dr. Vahedifar explained that in a test run he actually had to go through Tom’s tailbone with the catheter, so that’s when he turned to Dr. Bae to see if he could access the spine surgically to put the catheter in through a better location.

The Doctors: How A Spine Pain Pump Works

Dr. Bae said there was an access point between the screws in Tom’s upper and lower back. He said even though it was risky, he thought he found the best access point. They then explained that the catheter is put in, it travels up the spine and then into the spine via the access point that Dr. Bae opened up. Once it’s into the spine, it pumps medication into the spinal fluid that surrounds the spinal cord. The body tends to have a much better response to that medication. They said it’s the purest way of delivering medication to the brain, because there’s no negative side effects.

Tom and his wife Diana joined The Doctors via Polycom and he shared that he could honestly say it was about a week ago that he woke up and did not take a pain pill for the first time in 32 years. Now, Tom can actually go see his son golf for the first time. His wife said it was a miracle and he’s a different man.