Melissa woke up one morning, expecting it to be just like any other day, until she heard a horrifying screech after letting her dogs outside. There was a raccoon on the fence and one of her dogs grabbed the raccoon by the tail. When Melissa went to grab her dogs by their collars, the raccoon latched onto her arm, sinking its teeth into her skin. She was rushed to the hospital where she was given a rabies shot and tetanus shot, as well as antibiotics. She was sent on her way, but a week later her hand and lower arm were swollen, hot, and red, and she was unable to move her fingers.

Dr Ajay Seth, an ortho hand and upper extremity surgeon, explained that by the time he saw Melissa, she had been on 2-3 rounds of different oral antibiotics and a 24-hour IV antibiotic. Although it looked like a regular bite, when Dr Seth made his first incision “all this bacteria came pouring out. It was a hundred times worse than I thought it was.” 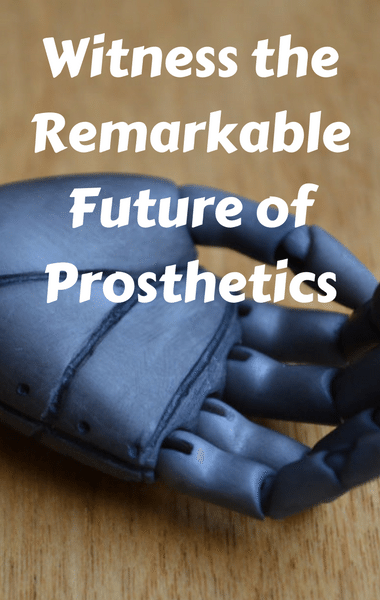 For the first time, The Doctors showed just how far medical technology has come, as an amputee was able to move and feel with her arm again, thanks to a prosthetic. (atomic-kitteh / Flickr)

He ended up having to open her entire arm and hand because everywhere he went he found more bacteria. He went as far as to say t was the absolute worst infection he had ever seen in his career. He performed nine surgeries in attempt to get rid of all the bacteria and dead muscle. By the seventh or eighth surgery, Melissa began to think she wasn’t going to make it. On day eleven, she started to get septic. Her heart rate went to 140 and her temperature was over 103. Melissa was told Dr Seth just couldn’t save her arm. Within 24 hours of the amputation, she rebounded.

The Doctors: Cutting-Edge Technology For Amputee

While Melissa was recovering, Dr Seth was asked to go to a conference in Seattle. While there, he came across a lecture about a cutting-edge surgery that could be done on amputees so that the patient could use their brain to think motions and the prosthetic would follow. He informed Melissa of the technology, stating that one more surgery could mean having feeling again. He not only told Melissa he could do the surgery, but said he would make her “the most advanced amputee this world has ever had.”

Dr Seth performed a surgery that was the first of its kind in the United States and only the third or fourth ever in the world. To try to allow a patient to move or feel a prosthetic hand was unheard of! But he made that promise to Melissa. Dr Travis Stork was thrilled to share something for the very first time on the show, and asked Dr Seth to explain what he did.

According to Dr Seth, the nerves that he severed for the amputation were “constantly firing” which was giving Melissa phantom pain. Phantom pain basically means Melissa feels like she still has her lower arm and hand and it’s being crushed repeatedly. Melissa admitted she wasn’t nervous at all upon hearing that she would be taking part in a surgery that was the first of its kind.

Melissa has essentially become the most advanced amputee in the world. Dr Ajay Seth and Robert Arminger with Johns-Hopkins joined the show to help with the prosthetic arm. Dr Seth explained that, in order to get Melissa’s arm ready for the prosthetic, he essentially re-wired Melissa’s nerves. He found the one single nerve that “goes backwards” to give Melissa feeling in her hand. He transplanted it into her upper arm with the idea that it would grow the other nerves. To protect the nerves, he basically wrapped them with a special product. He basically tricked her brain into think her hand is now on her upper arm. Melissa explained that it feels as if her hand is at the end of her amputated arm.

For the show, the prosthetic arm wasn’t attached to Melissa, but eventually it will be, so that she can use it just like she would her actual limb. Melissa then demonstrated the full range of motion she was able to accomplish just with her thoughts. She was able to move her arm and move the prosthetic arm, as well as the prosthetic fingers, as if she would her own arm. Dr Seth then explained that on the end of the fingers were sensors that literally gave Melissa sensation and the ability to feel. She was blindfolded and could tell what finger Dr Seth was touching, and was even able to grip a cup, without crushing it! It truly was remarkable and served as a perfect example of just how far medical technology has come!