They say that doctors are often the worst patients, and when it comes to Dr. Jennifer Ashton, this couldn’t be more true. The Doctors cameras visited Dr. Ashton at her home in Englewood, New Jersey, where she discussed the procedure she’s been avoiding for two years.

When she was young, Dr. Ashton spent a lot of time in the sun. It wasn’t until her 30s that she became vigilant about using sunscreen. Two years ago, she had a routine skin check, and her doctor recommended that she have four moles removed. However, Dr. Ashton never went back, and is now concerned about her risk for skin cancer. 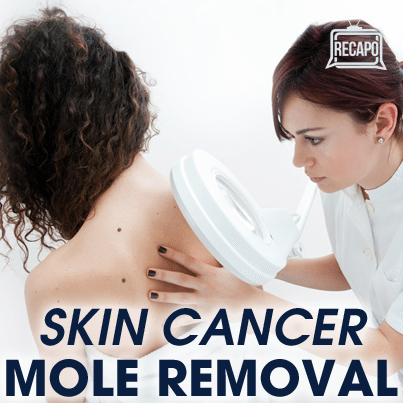 Dr. Gil Altman, a childhood friend, agreed to remove Dr. Ashton’s suspicious looking moles. For anyone who’s ever had a mole removed, you know that the procedure is relatively simple and completely painless. It seemed to take no time at all. Dr. Ashton had two moles removed: one on her abdomen, and one on her back.

On The Doctors stage, Dr. Ashton explained that both “denial” and her busy schedule have prevented her from visiting the doctor earlier. She then received her pathology results via Polycom from Dr. Altman. He reported that both moles were benign, but both were displastic; this means the cells had changed, which increases the risk of cancer. These moles could have eventually progressed to cancer, had Dr. Ashton done nothing.

The moral of the story? Always be vigilant about your health, whether you’re a doctor or a patient.