Recapo Update: This episode of The Doctors has aired…

The Doctors show on July 10 2013 is all about medical miracles. We meet a six-year-old Marzia who was shot by Taliban militants and survived. Also, a dog detected her owner’s breast cancer and saved her life. 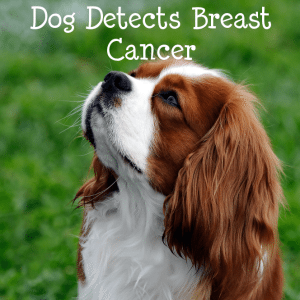 The Doctors July 10 2013 features a King Charles Spaniel that can detect breast cancer and the miracle recovery of a six-year-old shooting victim.

The Doctors: Marzia Shot in Face by Taliban, Miraculous Recovery

Six-year-old Marzia is a special little girl. She looks like a real life Dora The Explorer and has the most playful air about her. You would never guess that she was shot in the face by Taliban militants. The bullet went in the left side of her face, took out the inside of her nose and her right eye as it came across. The bullet came out Marzia’s right temple.

Marzia and her doctors come to The Doctors on July 10. She was given a reconstructive surgery after the shooting.

Bella saved her master’s life. A loyal dog, Bella went above and beyond when she miraculously detected her owner’s breast cancer. The Doctors talk to the woman about how her dog knew that she was dying.

This isn’t the first time that a dog has detected cancer in a human. A woman in the U.K. had a Cavalier King Charles Spaniel that continued to paw at her left breast. She thought that the lump and bruise was a result of the pet’s prodding, but doctors found it cancerous. After the chemotherapy and being declared cancer-free, the dog never approached the area again.

The Doctors: Flat Back Surgery

Also on this episode of The Doctors, Dr Travis Stork takes a look at a new procedure for chronic back pain. The flat back surgery is an innovative procedure that can relieve pain. Tune in to find out how it works on July 10.