Recapo Update: This episode of The Doctors has aired… 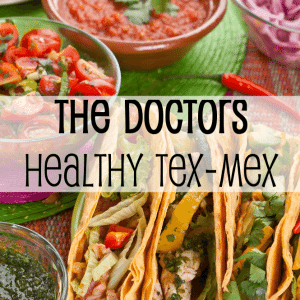 The Doctors July 9 2013 features a trip to Dallas, Texas, an interview with NBA star Dirk Nowitzki and healthy recipes for your favorite tex-mex dishes.

It wouldn’t be a trip to Texas without some good ole barbecue and Tex-Mex. The Doctors show on July 9 2013 is providing healthy recipes and tips to eating what you love and keeping it from sticking around.

One of my favorite things to make with family and friends is taco night. We get ground chuck, taco seasoning, lettuce, and cheese and go all out. Unfortunately, going all out isn’t always the best thing. I’m looking forward to getting some healthy Tex-Mex tips from Dr Stork.

The newest wave in health is the robotic surgery. The Da Vinci Machine is one I’ve heard about and seen successfully used first hand. My grandmother had a robotic surgery and her recovery time was cut in half, at least! She was up and around in record time, less than a week later.

On July 9, Dr Travis Stork talks about these new medical advances and what they mean for men and women’s health. What doctors are using these machines and which surgeries are the most successful with a robot?

Dirk Nowitzki is from Germany, but he’s currently a member of the Dallas Mavericks. He’s joining The Doctors on July 9 for an interview. Surely they’ll touch on health, keeping in NBA fighting shape, and what his favorite things about living in Dallas are.

Yee-haw! Check back here on July 9 2013 for this episode of The Doctors in Dallas, ya’ll!