Parkinson’s Disease is a debilitating and devastating disorder that is caused by the unexplained death of brain cells. This results in a variety of unpleasant symptoms. Among the most prominent or best known symptoms is uncontrollable tremors, causing the limbs and body to shake wildly. 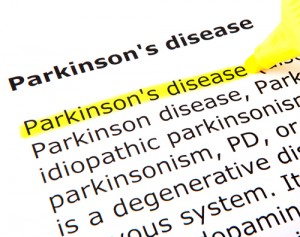 Learn about an innovative new treatment for Parkinson's Disease on May 2 2012.

A lot is unknown about this disease, including what causes it and how to cure it. But for the first time in years, there is some good news to report in the scientific search for answers. An innovative technique called Deep Brain Stimulation is making waves and getting results from patients with serious cases and symptoms.

You can see it for yourself firsthand when The Doctors take you inside a Deep Brain Stimulation surgery on their all new May 2 2012 episode. Get ready to see one woman’s story, and the dramatic improvements the procedure has made in her case. She will be able to have a much greater quality of life thanks to this new device.

See how it works, and what doctors hope it can help them accomplish, on this exciting episode of The Doctors.

We all have seemingly minor symptoms every day, from headaches to bloating and many other small problems. Most of the time, these irritants clear up on their own. But in some cases, they could be signs of something much more serious and alarming.

Coming up on the Wednesday May 2 2012 episode of The Doctors, find out whether minor medical problems or seemingly simple symptoms could be cause for alarm. Could they be trying to warn you about Blood Clots, Lung Disease, or other serious conditions?

Learn the warning signs for yourself, so you can be prepared in a medical emergency.

Plus, actor Ben Vereen talks candidly about living with Diabetes, when The Doctors is all new May 2 2012. You’ll want to hear what this beloved actor has to say, so set your DVR now and get ready to find out what is truly on his mind when it comes to this chronic and widespread medical condition.