Recapo Update: Here are the segments from this episode:

The Doctors will talk about the illegal sterilization of females in California prisons, and then take a closer look at a toxic bacteria that could be hanging out in your backyard on October 21. 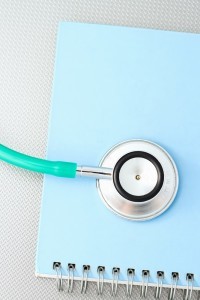 The Doctors will talk about the shocking report that female prisoners are being illegally sterilized. Then, they will find out about the toxic bacteria that could be lurking in our backyards. (oat.s / Shutterstock.com)

The Doctors will discuss the shocking report of female inmates in the California prison system being illegally sterilized. I was shocked to hear about women getting their tubes tied without their consent, whether they are inmates or not. So why is this happening and what can be done to stop it? The Doctors will take a closer look at the issue and share their opinions on the controversy.

The Doctors: Is There Toxic Bacteria In Your Backyard?

One mom will share her shocking story about the toxic bacteria she found in her backyard, and then The Doctors will explain what you should look out for to keep your family safe.

As a kid, I grew up playing outside and loved my backyard play-set. I plan on spending a lot of time outside with my son as well, so it’s worrisome to know there’s even a possibility of toxic bacteria living in my backyard. While most people are aware of the general health dangers of spending time outside, I doubt many know about a toxic bacteria with threatening possibilities.

You don’t want to miss The Doctors on October 21 as a mother shares the details of the hidden danger she found lurking in her backyard.

Then, Dr. Travis Stork will share simple food swaps that can make a big difference in your diet and overall health. Using tips from The Doctor’s Diet, Travis will give his tips on easy changes you can make every day to reach your health goals that much faster.

I’ll admit, I’m a huge fan of these simple food swaps and my son will definitely by the victim of my “hidden vegetable” recipes. I’ve tried quite a few and some turned out amazing, such as using Greek yogurt instead of sour cream, while others turned out pretty dreadful for me, such as black bean brownies. It’s amazing some of the foods you can use in ways you never even knew about. Be sure to tune in October 21 as Dr. Stork shares his best, and more than likely delicious, healthy food swaps.