The Doctors will kick off their Friday, December 19 episode with even more gripping, information-packed segments that will have your eyes glued to the screen. They’ll hear from a young woman who was wounded during the 2012 mass shooting in a Colorado movie theater, and then they’ll share their tips for keeping your fresh produce from going bad. 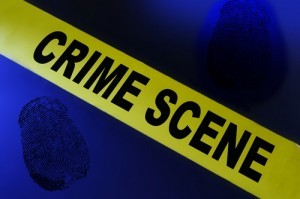 The Doctors will talk to a woman who was injured during the 2012 Colorado movie theater mass shooting and then share their tips for keeping your produce fresh. (zimmytws / Shutterstock.com)

It’s Friday on The Doctors, which means it’s time for The Doctors’ Friday News Feed, where they share the latest breaking health news. It’s cold and flu season so perhaps they’ll talk about ways to keep you and your family from getting sick, or maybe they’ll talk about how Angelina Jolie has come down with chicken pox. Nothing is off limits during the Friday News Feed.

The Doctors will then hear from the young woman who was wounded during the 2012 mass shooting at a Colorado movie theater. She’ll share her horrific story before The Doctors share a cutting-edge treatment available to her for her lingering pain.

It’s one thing to go through an experience like that and be left with emotional damage, but to deal with physical repercussions as well, makes it that much more difficult to overcome what happened to her. The Doctors will attempt to help her heal both physically and emotionally, so that she can finally get her life back.

The Drs TV: How To Keep Produce Fresh

The Doctors will then share their money-saving secrets to keeping your produce fresh. If you’re tired of seeing your money go into the trash in the form of broccoli, lettuce, asparagus, strawberries, and more, then tune in to The Doctors on December 19 to find out what you can do to prolong the shelf life of your fresh foods.